Blockchain payments firm Ripple Labs Inc has announced its sales record for the fiscal third quarter in a bid to provide transparency to its broad community around the world voluntarily. 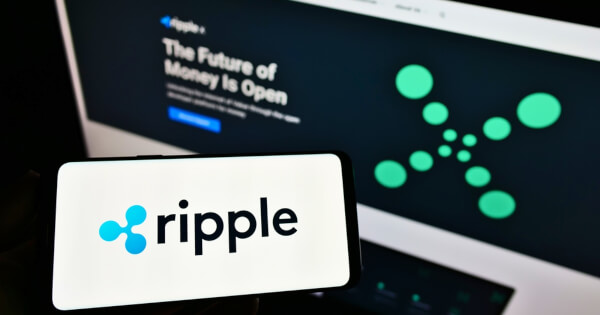 According to the firm, the total XRP sales by Ripple, net of purchases, came in at $491.74 million as against $157.92 million it recorded in the previous quarter.

While the firm said it did not conduct any programmatic sales in the third quarter, it noted a massive decline in global XRP sales volume which came in at $189.53 billion, as against the $408.80 billion reported in the second quarter. The declined sales volume can largely be attributed to the incessant regulatory clampdown on digital currencies, affecting other prominent coins, including Bitcoin (BTC) and Ethereum (ETH).

Ripple also unveiled key updates across its broad ecosystem. The XRP Ledger protocol has decentralized finance and smart contract capabilities that are fueling the rise of decentralized exchanges and Non-Fungible Tokens (NFTs). While Ethereum continues to lead the DeFi and NFT revolution through the legacy protocols built on it, Ripple says the XRP Ledger and other networks, including Solana, Terra, and Avalanche, are also growing their influence.

Ripple also provided an update on its ongoing legal brawl with the United States Securities and Exchange Commission (SEC) which it says has now advanced into the expert discovery phase.

“Last quarter, Ripple hit a milestone with the conclusion of the fact discovery phase on August 31 – the formal process of exchanging information, including exchanging documents and taking testimony relevant to the case. The case is currently in the expert discovery phase, where each side exchanges expert reports opining on various aspects of the case,” the report reads.

The current phase is billed to end by January 2022, and Ripple says it will continue to fight for a speedy resolution of the conflict. Other high points of the report include the Central Bank Digital Currency (CBDC) partnership with the Royal Monetary Authority of Bhutan, its Federated Sidechains solutions designed for developers, and the customary release of a total of 3 billion XRP tokens from escrow for the three months of the quarter.