Santander Bank, a major European financial presence and one Ripple’s most prestigious partners is reportedly hesitating to add XRP to its international payments network. 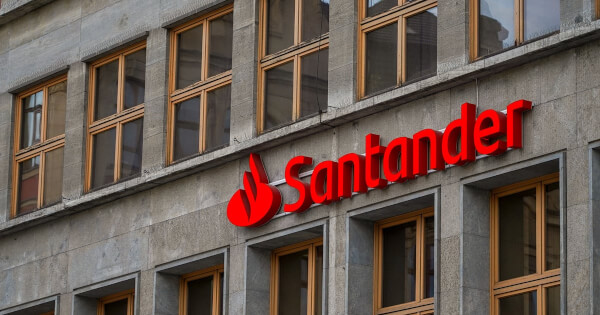 One of Ripple’s most prominent partners, major Spanish bank Santander appears concerned about the low activity of Ripple’s XRP token and is hesitant to adopt the cryptocurrency on its international payment network—One Pay FX.

In a recent interview with the Financial Times, the Chief Executive Officer of One Pay FX, Cedric Menager said that Santander hopes to “operate in as many currencies and corridors as possible from the beginning.”

The Spanish banking giant has expressed concern about Ripple’s token, XRP, and its low usage saying the XRP token “was not actively traded in enough markets” to support the firm’s requirements for its innovative One Pay FX payments network. Menager explained this was less than ideal for the bank as Santander wants its users to have the “best experience as quickly as possible.“

While Santander is not ready to leverage XRP on One Pay FX quite yet, Ripple did clarify that Santander does use the blockchain company’s software for cross-border payment solutions. Ripple also asserted that Santander remains one of its largest and most important customers.

While the XRP token may not yet be utilized as much as Santander would like to be able to include the cryptocurrency on its One Pay FX payments network, there have been encouraging movements and development on Ripplenet.

As reported by Blockchain.News, RippleNet’s on-demand liquidity (ODL) customers have been its core focus. Ripple stated in its second-quarter report that the liquidity of the network would deepen as more institutions leveraged RippleNet and even revealed that the company has been purchasing XRP in the secondary market to increase the health of the network.

The company believes that these integrations helped contribute to the “health of XRP markets.”

CEO Brad Garlinghouse also believes that compared to just a few years ago, most governments now also considering leveraging blockchain technology for cross-border payments. Central Banks and institutions now see digital assets as a game-changer as it solves frictions like transparency and settlement.