Brad Garlinghouse, Ripple CEO, recently said that the US regulators should listen to the crypto sector, particularly after news shows that China is approaching the launch of its own digital currency. Garlinghouse is the CEO of Ripple Labs, crypto and blockchain company, behind the world’s third-biggest cryptocurrency XRP by total market value. 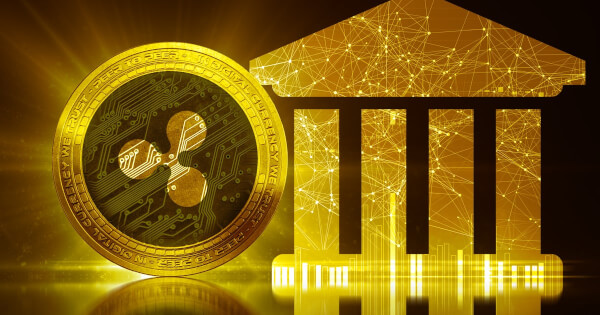 Garlinghouse posted a comment on Twitter saying that currently is the perfect time to enter the digital money industry. He mentioned that the US lags behind and is being pushed out of competition as China is becoming stronger day by day in cryptocurrency and fiat payments. He revealed that the US regulatory authorities have stood still for too long, stating that now is that time to improve and promote innovation.

U.S. regulators: now is the time to step up and lean into digital currencies. Remaining complacent is actually setting us back, while China’s grip on both crypto and fiat payments becomes stronger. https://t.co/NuGmFZmf7x (1/2)

Brad Garlinghouse disclosed that as the US remains disinterested in the innovation of digital currencies, China’s grip on both fiat and crypto payments becomes stronger. US congressional members received calls on the digital dollar, but nobody from the government or the Federal Reserve has yet made a positive response. Garlinghouse has, therefore, criticized the attitude of the US.

Garlinghouse once again calls on the US regulators to embrace blockchain and cryptocurrency innovations as the nation is lagging behind China in terms of the digital currency and blockchain innovation. China has continued making significant progress in the development of its digital yuan, to the extent of carrying out real-world pilot tests of its Central Bank Digital Currency (CBDC) in some cities. Such digital currency trials involve partners such as Starbucks, Subway, and McDonalds and are being conducted in four major cities of China.

As the US trade tension with China hitting a fever pitch, Brad Garlinghouse is urging US regulators to lean into digital currency innovation so that to be able to compete with China. The digital currency initiative has been in the works for more than five years now, and China’s central bank is getting closer to make it a reality.

Garlinghouse said that China’s digital currency will have a major impact on the global economy. Many industry experts also believe that China’s digital currency could be a real threat to the already weakened global dominance of the US dollar. In China, more than 1.2 billion people or more than 80% of the population already utilize their smartphones to pay for goods and services digitally.

China can use its digital yuan to achieve faster remittances and far-reaching improvements at home. But a true sense will become when China brings the digital currency into business and economic relations with foreign nations.

In the recent past, Bitcoin bull and multiple billionaire Mike Novogratz also criticized that the US will lose the leadership in the fintech and blockchain area if the local regulatory authorities continue opposing innovations in this area. Already, China’s president has emphasized on many occasions that the use and acceptance of digital assets and blockchain will be crucial for the nation’s continued supremacy.

Garlinghouse has been a strong advocate of regulatory clarity in the cryptocurrency industry, particularly for Ripple’s cryptocurrency, XRP. An earlier report showed that Ripple Labs was the initial crypto-related firm to open an office in Washington, DC so that to develop closer relations with lawmakers (local regulatory authorities). In October last year, Ron Hammond, Michelle Bond, Susan Friedman (former senior advisor to CFTC), and Craig Phillips (former advisor to the US treasury department) joined Ripple’s board of directors. Ripple included these prominent leaders into its board of directors to help the San-Francisco-based blockchain and crypto company to offer a unified voice that would assist in building close partnerships with financial institutions, regulators, politicians, and executives from the fintech industry to drive forward blockchain and crypto adoption.