Daniel Schulman, the Chief Executive Officer of PayPal, a leader in worldwide online payment systems, recently discussed some of his thoughts on the future of Bitcoin (BTC), and Central Bank Digital Currencies (CBDC). 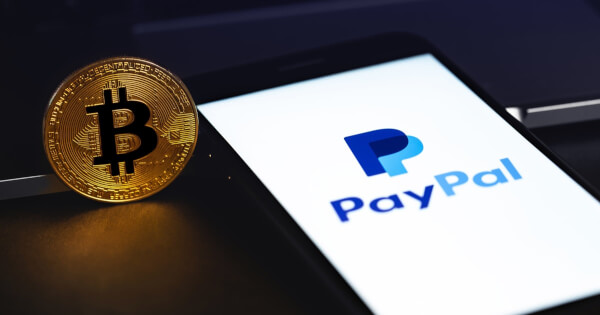 Speaking to CNBC’s Squawk Box, Schulman expressed his bullish disposition about Bitcoin noting that the use cases of Bitcoin in the long term will go beyond the normal buy and hold as seen around today.

“I think that there’ll be more and more use cases for cryptocurrencies,” Schulman said. According to him, if this happens, it will make bitcoin more widely accepted, more stable, and probably “more valuable” over time.

Schulman also reflected on the increasing move by Central Banks around the world to develop a digital currency also known as a Central Bank Digital Currency. Schulman said that the rollout of CBDCs in a matter of time will become inevitable globally and he stated that CBDCs will also help increase the increasing usage of cryptocurrencies.

How PayPal is Tagging Along

PayPal has been eyeing a move into the cryptocurrency ecosystem for a while now. The firm in a letter to the European Commission back in March 2020, confirmed that it was considering enabling cryptocurrency transactions on its platform As reported by Blockchain.News at the time, PayPal said that it has taken tangible and unilateral steps to further develop its capabilities in the cryptocurrency space.

The company finally announced that it has started allowing cryptocurrency transactions involving Bitcoin (BTC), Ethereum (ETH), Litecoin (LTC), and Bitcoin Cash (BCH) on its platforms. Besides, PayPal is reportedly eyeing a move on Digital Asset Custodian BitGo in a bid to further deepen its roots in the space.

PayPal is a massive payment service provider and its entry into the cryptocurrency ecosystem has stirred the price of Bitcoin to surge, and with its over 300 million user base, the company’s influence is projected to help drive further adoption of Bitcoin and digital currencies.