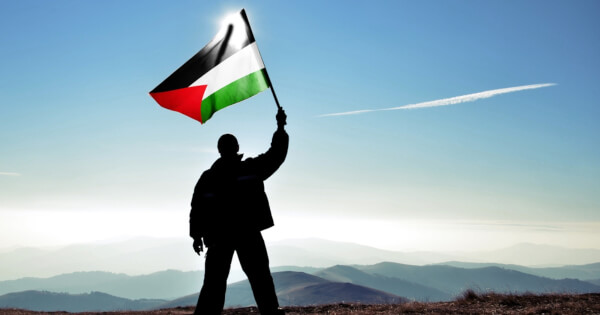 Fereas Milhem, Governor of Palestine Monetary Authority, revealed on Bloomberg Television that the authority hopes to use central bank digital currency (CBDC) “for payment systems in the country”. The digital currency can function as the use of actual payment with Israel and others. Milhem further explained that the administration is currently studying two cryptocurrencies approaches but has not made any decision yet.

According to Oslo Accords signed in 1993, the Palestinians agreed not to issue their currency immediately. The West Bank & Gaza strip-based political entity in the Middle East region primarily uses the Israeli shekel for daily transactions, along with Jordanian dinar and U.S. dollar.

However, Israel implements various laws to Palestine, restricting PMA-regulated bank conducting a large amount of cash transaction to avoid illegal activities from money laundering and the implementation of foreign exchange control by limiting the amount of capital that Palestinian banks transfer into Israel monthly.

Therefore, the economy in Palestine is relatively weak. Its community heavily relies on donations or remittances from Israel and occasionally borrow money to cover foreign exchange to third parties.

Nevertheless, regional experts are doubtful of the feasibility of launching Palestinian digital currency.  Barry Topf, the former senior advisor to the Bank of Israel governor thinks a Palestinian’s CDBC is unlikely to act as the means of exchange.

“It is not going to replace the shekel or the dinar or the dollar. It is certainly not going to be a store of value or a unit of accounting.”

Raja Khalidi, director of the Palestine Economic Policy Research Institute also questioned the possibility, saying that “the macroeconomic conditions do not exist to allow a Palestinian currency -- digital or otherwise -- to exist as a means of exchange,”

Many countries or regions worldwide study the implementation of CBDC to reform their monetary policy, while there are still many technical and legal challenges ahead.

Nevertheless, El Salvador- the Central American country, has become the first nations this month to adopt Bitcoin as its legal tender along with the U.S. dollars. The government has sought assistance from the Central American Bank for Economic Integration (CABEI) recently.