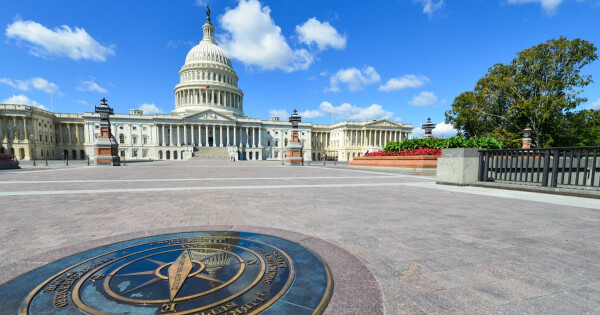 According to the written testimony published by the Senate Banking Committee, Brooks noted that:

“Roughly 60 million Americans own some type of cryptocurrency, with a total market cap of nearly $430 billion. 33 These figures clearly illustrate that this payment mechanism is now firmly entrenched in the financial mainstream. Cryptocurrency has become a popular mechanism for sending and receiving payments for goods and services because transactions post in real time and provide convenience and security.”

On stablecoins, Brooks also revealed that its usage is on the rise in America and that and that “the rise in the use of stablecoins demonstrates consumers’ comfort with its use.”

The OCC’s Response To Growing Crypto and Stablecoin Usage

Brian Brooks noted that the OCC had responded in two major ways to the growing use of cryptocurrencies and stablecoins in the country.

The first of this direct response borders on the OCC’s directive to Banks under its regulatory oversight to begin offering cryptocurrency custody services, as Blockchain.news reported at the time. This move gave US banks, particularly those with a growing interest in cryptocurrencies to have direct legal involvement in providing crypto custody services to their customers.

Furthermore, the OCC boss noted that the regulatory body also expanded the scope of the banks to involve the holding of Stablecoin reserves as reported back in September. With this testimony prompted by the request from the Senate’s banking committee chair, Mike Crapo to the OCC to provide clarity to crypto payments and usage in the country.

Based on the dynamic nature of the blockchain and crypto ecosystem, Brooks concluded by saying:

“The agency continues to consider other issues relevant to cryptocurrency assets and distributed ledger technology including the application of the technology to support payments services conducted within the federal banking system.”