Facebook Inc has announced that its much-awaited digital wallet Novi is ready to go to the market. 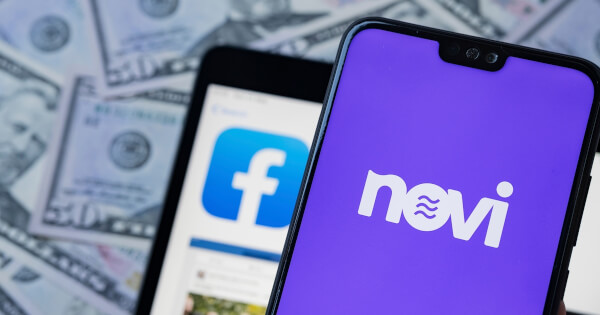 In a blog post published on Medium.com on August 18, David Marcus, the head of Facebook Financial, wrote that the Novi wallet is set to be integrated into the Facebook app. Marcus expressed confidence in Novi’s ability to succeed despite facing more than two years of regulatory hurdles.

"Novi is ready to come to market. It’s regulated, and we’re confident in our operational ability to exceed the high standards of compliance that will be demanded of us."

Marcus, however, did not say a specific time regarding when the launch will take place other than saying that the wallet is ready to go.

Marcus described the Novi wallet as the best way to transfer money easily between people. He stated that the digital payment system would be a “global, open, interoperable, near real-time, cheap” and a “compliant global protocol for money.” He further wrote that the system would “enable people, creators, and businesses to move money around seamlessly and to innovate via programmable money.”

Marcus mentioned that Novi is a regulated wallet, stating that the payment system can exceed the high standards of compliance that could be required.

“We feel that it’s unreasonable to delay delivering the benefits of cheaper, interoperable, more accessible digital payments,” he said.

Marcus talked about why the Diem Association moved its headquarters from Switzerland to the US, saying that blowback from authorities was "profoundly un-American."

In December 2020, Facebook rebranded its Libra cryptocurrency to Diem.  During that time, Marcus expected that the Diem cryptocurrency and the social networking firm’s wallet Novi would launch in 2021.

Since the announcement in June 2019, Facebook’s cryptocurrency project has been facing much criticism from regulators, an issue that forced the firm to scale down its ambitions and initiate a rebrand.

The project initially faced intense resistance partly because it emerged out of Facebook and somewhat because its ambitious aims appeared to threaten traditional government-run financial systems.

Facebook renamed its Libra cryptocurrency as Diem to demonstrate that the project has “organisational independence” as it attempts to obtain regulatory approvals for launch. The independent organisation (Libra association), which runs the project, rebranded itself as the Diem association in April this year.

However, the scope of the Diem Association has shrunk significantly because major partners pulled out from the plan after releasing that the project faced controversies and regulatory hurdles from lawmakers across the world.

Initially, one Libra coin was supposed to be backed by a basket of currencies. But regulators raised concerns regarding Libra's impact on financial stability on money laundering and data privacy issues.

In April, the Diem Association scaled back its initial plans and stated that it would offer stable coins backed by just one country’s currency rather than a single coin backed by several currencies.