Even though the Myanmar government said earlier this month that Bitcoin and other cryptocurrencies are not legal tenders in the country, fanatics continue to interact with the technology. 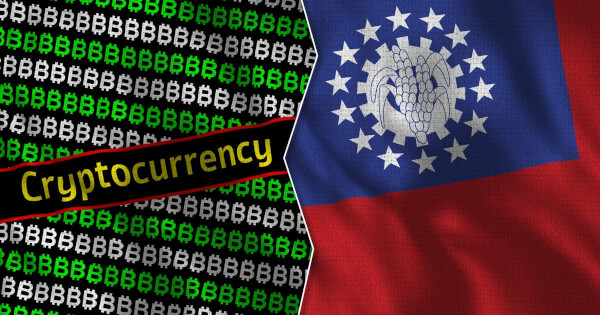 The Myanmar government is quite a silent participant in global matters, largely focused on trade with East Asia for its economy. Regardless of the isolation, the country is fully onboard with the global sentiment for cryptocurrencies—banned for use and transfers.

The Myanmar Times reports crypto-users in the country continue to thrive, despite having limited access to information, trading data, sentiment, and education about crypto and blockchain products.

Myanmar buyers with access to an online payment method bought into the rising trend and local advertising for exchanges became more frequent on social media, which alarmed the country’s Central Bank of Myanmar (CBM).

Users like U Aung Aung are part of a group sold on the idea of cryptocurrencies. Like many other countrymen, Aung uses the obscure “Skybit” exchange, a.k.a the only crypto and “blockchain-service” provider in the country.

Aung reveals buying $20 worth of Bitcoin as their first purchase, admitting there is no reliable source for information for cryptocurrencies in the nation and most relying on Facebook groups.

But the bank’s having none of that. The CBM notes cryptocurrencies are intangible, unlike gold or fiat, meaning there’s no place for such products in Myanmar’s financial system. Earlier in May, the government passed a bill in this regard, stamping out crypto from the country.

Despite the opposition, crypto-fanatics march on. Nyein Chan, CEO of Get Myanmar, says the announcement is not a prohibition, adding: “The CBM has not prohibited the use of cryptocurrencies under the law. It has just issued an announcement.”

“As there is no official law, it can’t be said that trading in digital currencies is illegal,” Chan notes.

He suggests the government take the investigative approach towards cryptocurrencies, similar to what countries like what China is currently doing.

As Blockchain.News reported, China, France, and now even the U.S., are part of an informal coalition leading regulation and research into blockchain and crypto-assets. Armed with taxpayer money, the countries are piloting digital currency projects, earmarking “blockchain” zones,” and even using it to fight the coronavirus.