Tesla CEO Elon Musk tweeted that in the near future his space venture company SpaceX plans to introduce payments with his favourite crypto asset, dogecoin (DOGE). 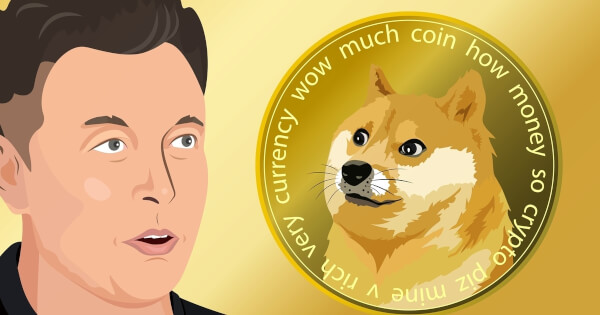 "Tesla merch can be bought with Doge, soon SpaceX merch too"

Musk has also previously mentioned that Tesla’s goods will be available for purchase with dogecoin.

Historically, Musk's tweets in support of DOGE have had a direct and positive impact on DOGE's market price.

As a strong advocate of Dogecoin (DOGE) and other Shiba Inu-themed meme coins, his post propelled Dogecoin to an all-time high of 67 cents last May.

Musk tweeted "Dog Daddy on SNL on May 8" and announced that he would be hosting "The Saturday Night Show" as "Dog Daddy." The tweet rekindled positive investor sentiment towards Dogecoin, and the meme-based cryptocurrency quickly surged by more than 30%.

Musk's Tesla is also one of the largest corporate buyers of Bitcoin, and Musk has hinted at the possibility of continuing to accept Bitcoin payments for its electric automobiles in the near future.

According to data from CoinMarketCap, the meme cryptocurrency has gained about 5.79% over the past 24 hours at the time of writing and is currently ranked 10th by market cap with a market cap of $ $11,379,882,764.

In the future, Musk revealed that DOGE may be added as a new form of payment for Starlink subscription payments.

In total, Musk is the founder, CEO, and Chief Engineer at SpaceX; angel investor, CEO, and Product Architect of Tesla, Inc.; founder of The Boring Company; and co-founder of Neuralink and OpenAI.