Ever since institutional investments started trickling into the Bitcoin market, the leading cryptocurrency has experienced exponential growth, with its market capitalization topping $1 trillion. 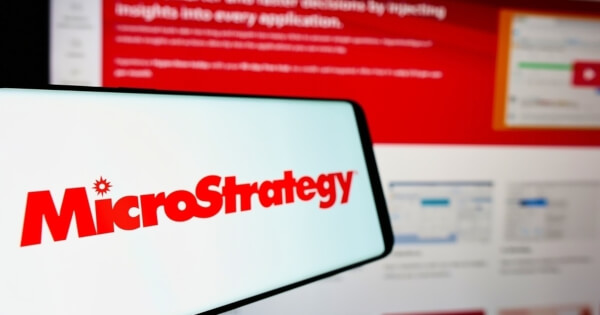 One of the notable institutional investors includes American business intelligence firm MicroStrategy that has continuously accumulated Bitcoin to 121,044 BTC over the past year. The firm’s CEO Michael Saylor confirmed the purchase of an additional over 7,000 Bitcoins and said:

Microstrategy bought 21,454 Bitcoins worth $250 million for the first time in August 2020, following a new capital allocation strategy to maximize its shareholders’ long-term value.

Saylor believes that Bitcoin becomes the principal asset in the firm’s treasury reserves because it showcases itself as a legitimate investment vehicle superior to cash. Since then, Microstrategy has not relented in its quest to accumulate more BTC because it usually takes advantage of buying the dip.

Saylor’s Bitcoin advocacy has also not gone unnoticed, as he previously stated:

“We find the global acceptance, brand recognition, ecosystem vitality, network dominance, architectural resilience, technical utility, and community ethos of Bitcoin to be persuasive evidence of its superiority as an asset class for those seeking a long-term store of value.”

Meanwhile, Thailand seeks to revamp its ailing tourism sector by targeting crypto investors. This is based on plans by the Tourism Authority of Thailand to collaborate with a local crypto exchange and lawmakers to accept crypto payments for travel.

Therefore, this approach intends to breathe life into the nation’s tourism industry that has lost approximately $80 billion through the Covid-19 pandemic.