Leading American business intelligence firm MicroStrategy is not relenting in its quest of purchasing more Bitcoin, acknowledged by the firm's CEO Michael Saylor. 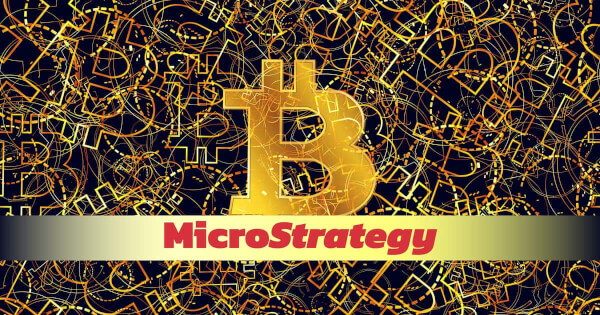 MicroStrategy has set a precedent in the institutional investment space because its BTC holding is one of the highest.

Previously, Saylor had indicated that the firm was embracing Bitcoin for the long term.

MicroStrategy, therefore, seems to be taking advantage of the current ranging BTC market because it has spent the last two months consolidating between $30,000 and $40,000.

Bitcoin is back at the range low

Bitcoin plunged to lows of $32k amid intensified FUD (fear, uncertainty, and doubt) sentiment from China triggered by a nationwide BTC mining crackdown.

These restrictions imposed by Chinese banks on cryptocurrencies caused a large-scale sell-off of the Bitcoin bearish side.

Therefore, market analyst Michale van de Poppe noted that Bitcoin was back at the range low, and the leading cryptocurrency needed to hold this area to avoid a further drop to $24k. 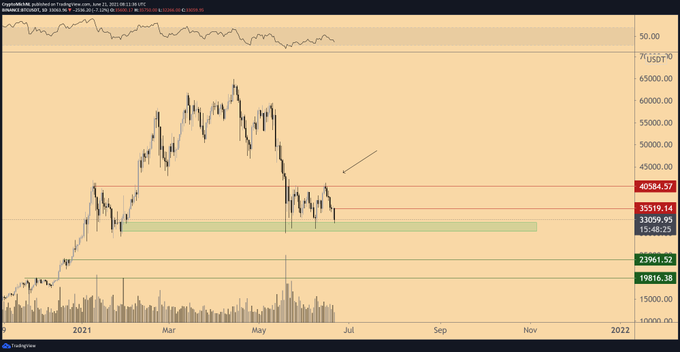 “On-chain data from IntoTheBlock shows that the most significant support zone underneath Bitcoin sits between $31.7K and $33.5K where roughly 573K addresses bought 487K BTC. Losing this area as support could push BTC to the next critical demand barrier at $23.4K.”

With retail momentum on the Bitcoin network slowing down amid sinking social sentiment, it remains to be seen whether renewed institutional interest from firms like MicroStrategy will give BTC the much-needed upward momentum.