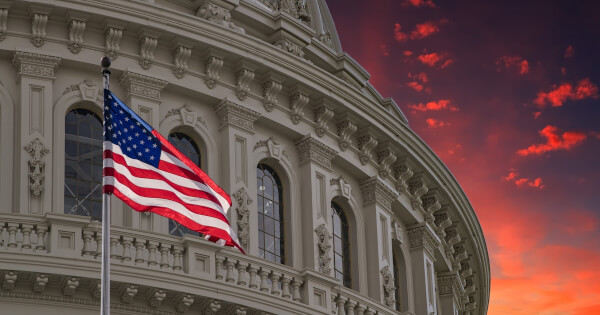 Four Representative of United States Congress have asked the Inland Revenue Service (IRS) to ensure they do not overtax staking rewards gained from cryptocurrency staking on Proof-of-Stake (PoS) blockchains, in a letter on Aug 4.

“The Bitcoin network is secured by a relatively small number of “miners” who validate transactions as they “mine” new Bitcoins. In “proof of stake”, in contrast, all token holders can contribute to network security by “staking” their tokens and so many, or even most, token holders end up holding newly created tokens. This means that network security in proof-of-stake does not require massive amounts of energy consumption.”

The Congressional Representatives also believe that staking rewards should be taxed but that the IRS could be over estimating traders actual gains made via staking rewards.

“We believe that taxpayers’ true gains from these tokens should indeed be taxed. However, it is possible the taxation of ‘staking’ rewards as income may overstate taxpayers’ actual gains from participating in this new technology.”

The letter to the IRS was applauded by members of the cryptocurrency community and today Aug 5, the Proof of Stake Alliance (POSA) published a response on Medium commending the request by the four crypto-forward members of Congress.

“We applaud Congressmen Schweikert, Foster, Emmer, and Soto for their forward-looking leadership to ensure Proof of Stake blockchains and their ecosystems aren’t unduly burdened by regulatory red tape,” said Alison Mangiero, President of TQ Tezos, a POSA member company that builds open source software and drives adoption and awareness of the Tezos protocol. “Staking rewards, similar to a farmer cultivating produce and selling it at market, should be assessed for taxation when they are sold: we don’t tax an apple when it is plucked from a tree or a tomato fresh off the vine. This letter offers a common-sense solution for the IRS to support the development of this promising new technology and encourage more Americans to participate in its growth.”

As reported by Blockchain.News, the IRS has already come under fire as the Taxpayer Advocate Service, an independent department of the IRS and its official watchdog, recently alleged that Letter 6137 which demanded tax payer crypto disclosure in 2019—did violate the congressionally enforced Taxpayer Bill of Rights.

James Harper, a Bitcoin researcher, is the first to come forward and sue the IRS, its commissioner and nearly a dozen of its agents for violating his Fourth and Fifth Amendment rights—his right to privacy and right to due process—through an illegal seizure of his records and for their infamous "soft" crypto Letter 6137, sent out in July last year.

According to the lawsuit, James Harper v. Charles P. Rettig, et al. before the United States District Court of New Hampshire, Mr. Harper argues that the IRS has "acquired the unbridled power" to demand and seize Americans’ private financial information from third parties without any judicial process which violates the Fourth and Fifth Amendments and statutory protections.

Harper who is a former Coinbase and Abra user, received the infamous IRS crypto Letter 6137 last year. The core message of the IRS’s letter was that the tax agency was already aware of all of the information on all US taxpayer’s digital assets and crypto accounts and demanded that they report their gains or offer a sworn letter of compliance under penalty of perjury—requiring nearly five years of tax documents in the process.