On Tax day, Bitcoin researcher and ex-Coinbase user, James Harper filed a lawsuit against the Internal Revenue Service (IRS) along with his tax return. 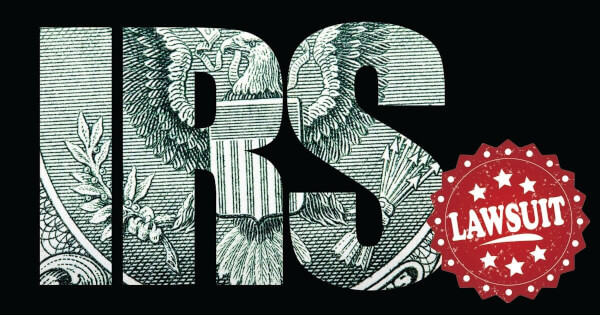 James Harper, a Bitcoin researcher, is suing the IRS, its commissioner and nearly a dozen of its agents for violating his Fourth and Fifth Amendment rights—his right to privacy and right to due process—through an illegal seizure of his records and for their infamous "soft" crypto Letter 6137, sent out in July last year.

According to the lawsuit, James Harper v. Charles P. Rettig, et al. before the United States District Court of New Hampshire, Mr. Harper argues that the IRS has "acquired the unbridled power" to demand and seize Americans’ private financial information from third parties without any judicial process which violates the Fourth and Fifth Amendments and statutory protections.

Harper who is a former Coinbase and Abra user, received the infamous IRS crypto Letter 6137 last year. The core message of the IRS’s letter was that the tax agency was already aware of all of the information on all US taxpayer’s digital assets and crypto accounts and demanded that they report their gains or offer a sworn letter of compliance under penalty of perjury—requiring nearly five years of tax documents in the process.

According to the New Civil Liberties Alliance (NCLA) who are representing Harper in the lawsuit against the IRS— Harper bought his first bitcoin in 2013, and ever since then, he diligently paid all applicable taxes and reported his trades related to bitcoin holdings.

From 2013, all of Harper’s transactions were facilitated through three major cryptocurrency exchanges—Coinbase, Abra, and Uphold—all of which had contractually promised to protect his private information, a standard industry practice.

Along with 10,000 other cryptocurrency holders, Harper was taken by surprise in August 2019, when he received the crypto letter from the IRS informing him that the agency had obtained his financial records related to ownership of bitcoin without any particularized suspicion of wrongdoing.

The IRS never said how it obtained these financial but Harper believes his details may have been among the thousands of account records that IRS agents seized from Coinbase in early 2018 following an unrelated court order and controversial legal fight.

The NCLA asserts that the financial records were obtained without a valid subpoena or court order, regardless of the Coinbase seizure theory. In doing so the IRS violated the Fourth Amendment by issuing an informal demand for Mr. Harper’s financial records from a third party even though it lacked any particularized suspicion that he had violated any law.

“The expectation is that when you enter into an agreement with a third party, the third-party and the government will respect contractual rights. But the law in this case has departed from cherished Constitutional principles and the fundamental understanding that prohibited peeking into a person’s private papers without the use of a judicially approved subpoena. Not only did the IRS demand and seize Mr. Harper’s information, but it is unlawfully holding on to that data without any judicial process. NCLA is going to right this wrong.”

James Harper’s lawsuit is the first in what many suspect may spill into a class-action lawsuit, as the Taxpayer Advocate Service, an independent department of the IRS and its official watchdog, recently alleged that Letter 6137 did violate the congressionally enforced Taxpayer Bill of Rights.

According to Erin M.Collins of Taxpayer Advocate Services, Letter 6137 ignored the rights of taxpayers as declared in the Taxpayer Bill of Rights—which the IRS adopted in 2014.

In her report on June 29 entitled “2021 Objectives Report to Congress”, Collins wrote, “The Code, Congress and the IRS have repeatedly acknowledged taxpayers’ rights and protections, and this letter not only does not provide them—it undermines them.”

Letter 6137 overreached with their demands that taxpayers submit their entire virtual asset trading history, nearly 5 years of tax document copies, and a sworn explanation of their compliance under “penalty of perjury.”

Collins asserts that by demanding that taxpayers who were not under audit submit information under such conditions, the IRS 2019 letter specifically violated two of the tenets within the Taxpayer Bill of Rights—specifically the right to privacy and the right to be informed.

This claim by Collins is part of the complaint in Harper’s suit, which asserts that from the very beginning, the IRS acted in violation of the statute of special procedures by third-party summonses by failing to notify Mr. Harper of the summons and making a gross, baseless, and arbitrary judgment that he may not comply with IRS tax obligations.