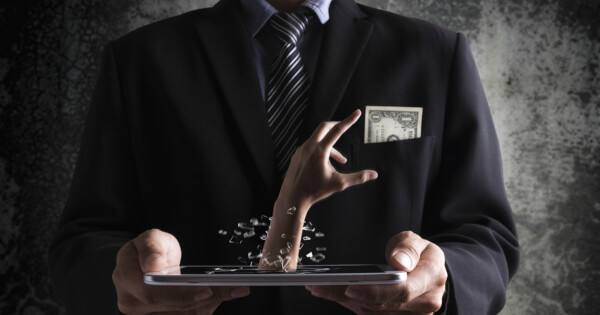 The official Financial Crimes Enforcement Network (FinCEN) document was leaked and disclosed that more than two trillion USD had been laundered and flagged as suspicious by financial institutions following the Anti-Money Laundering (AML) act. However, the dirty money was still reported to have been freely flowing through renowned US banking institutions.

Among them, one of America’s oldest banks, the Bank of New York Mellon (BNY Mellon) was reported to have wired funds linked to the infamous crypto laundering Ponzi scheme OneCoin.

The banking institution flagged a series of transactions from their branch to FinCEN, as the transactions were deemed suspicious and layered. Layering refers to a money laundering ruse through which the source of funds is concealed through multiple transactions. It is often used by mobsters and criminals to remain undetected by the Financial Crimes Enforcement Network and other financial regulators.

The funds pinpointed by BNY Mellon were linked to OneCoin, a crypto scam that made the headlines and was classified as a Ponzi scheme generating multimillion funds by US law enforcement agents. The crypto Ponzi scheme was masterminded by Ruja Ignatova, who disappeared to flee arrest.

OneCoin was operational in many countries, such as New Zealand and the US, to name a few, and generated at least $4 billion through cryptocurrency “pyramid schemes,” making it one of the most successful and biggest Ponzi scheme in cryptocurrency history.

According to the leaked report, a combined $137 million was wired thanks to numerous transactions operating through the Bank of New York Mellon. The source of the transactions was reported by the bank to originate from OneCoin perpetrators and agents.

Other banks that were named in the leaked FinCen files include Deutsche Bank, JP Morgan, Standard Chartered Bank, and HSBC.

The Deutsche Bank is alleged to have played a role in moving money worth more than $560 million for a Latin American construction company. It is alleged by US prosecutors to have been subject to foreign bribery. FinCEN has recorded a combined total of $1.3 trillion of suspicious transactions flowing through Deutsche Bank, making it the lead bank of the pack for having the largest suspicious transaction volume.

JP Morgan was said to have processed at least $514 billion of suspicious transactions. It was said to have been involved in a money-laundering operation involving former Trump campaign manager Paul Manafort, and Bernie Madoff. It is also alleged to have conducted business with a financial Malaysian fugitive and a Venezuelan criminal.

Standard Chartered Bank was said to have processed illicit transactions amounting to a combined $24 million for foreign mobsters.

Statements from Deutsche Bank and other financial banks have said that the incidents that have come to light in the documents have already been investigated and resolved with Deutsche Bank’s complete cooperation.