KuCoin cryptocurrency exchange has announced its intention to close all accounts associated with customers of mainland China, following the People’s Bank of China (PBOC) recent reviving its fresh crackdown on cryptocurrency trading. 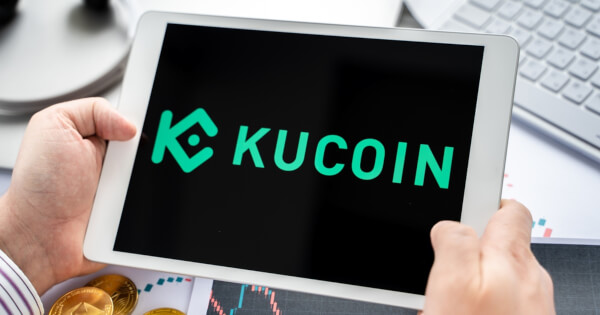 On October 3, the Seychelles-based crypto exchange stated that all users from mainland China would have to close their accounts and withdraw their funds from the platform before December 31 2021.

Kucoin cited the decision triggered by the announcement recently made by Chinese authorities in late September. After China’s Central Bank announced the crackdown, KuCoin stated that it began conducting an internal review to assess what would be the most convenient action for its customers. As a result, the firm decided to leave China as the only option which complies with local regulations.

KuCoin stated: “To protect the rights and interests of users, we strongly recommend that relevant users transfer their assets to other platforms before 24:00 (UTC+8) on December 31, 2021”, and it will continue reminding them to do so up until such a date.

The exchange said that it has 8 million users on its platform, and according to data from CoinMarketcap, KuCoin traded $1.7 billion in the last 24 hours.

KuCoin is the third large crypto exchange that made a similar announcement less than two weeks after China’s central bank doubled its cryptocurrency clampdown.

On September 26, the Binance exchange blocked new account registrations using Chinese mobile phone numbers, while Huobi Global stated that it would remove all mainland Chinese accounts by the end of the year.

More than 18 platforms offering services related to cryptocurrency have either announced that they are exiting the market in China or are now inaccessible. Another at least 11 firms have reportedly halted providing services to Chinese customers.

On Friday, September 24, the People’s Bank of China banned all cryptocurrency-related transactions. It warned employees of overseas-based exchanges that they would be investigated and called for increased censorship on crypto information providers.