Sparkpool, one of the world’s largest Ethereum mining pools, is shutting down its shop amid China’s move to ban crypto assets within its jurisdiction. 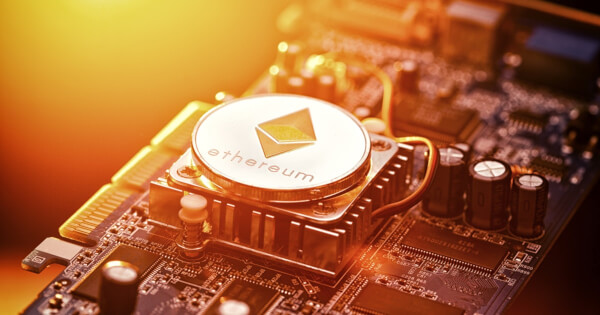 On Monday, September 27, the China-based Sparkpool, the second-largest Ethereum mining pool in the world, announced that it had stopped offering services to new users in China as of September 24 and also plans to entirely suspend services to all its existing users in china and abroad as of Thursday, September 30.

Hangzhou-based Sparkpool stated the move is aimed to protect the safety of user assets in response to regulatory policy requirements announcement by the People’s Bank of China (PBOC) last Friday that effectively banned cryptocurrency.

In other words, Sparkpool wanted to be maximally compliant with regulatory requirements. Last Friday, China tightened its crackdown on cryptocurrencies and crypto-assets, declaring all cryptocurrency-related activities illegal.

The communist party-ruling central bank also affects businesses outside the country, advising overseas exchanges not to offer cryptocurrency services or conduct digital transactions with China’s people. The PBOC has also stated that it will work with domestic agencies to carry out comprehensive monitoring.

China advised local authorities to crack down on crypto mining in May, but Chinese miners had quietly resumed Ethereum mining operations over the last few months.

Other firms also have followed SparkPool’s move. On Sunday, September 26, two of the world’s largest Bitcoin exchanges stopped taking users from China following the renewed cryptocurrency ban by the PBOC. Huobi announced last Sunday that it would stop serving existing users in China by the end of this year. Binance also has blocked new registrations of accounts by mainland customers.