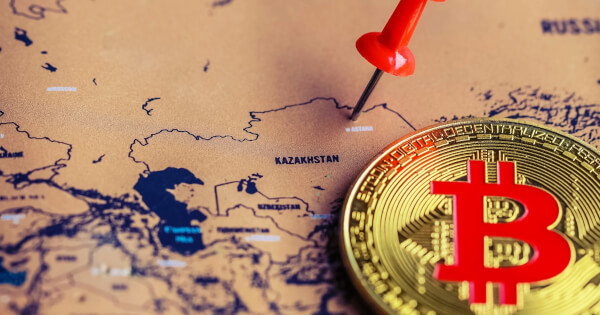 The government of Kazakhstan through its Minister of Digital Development, Bagdat Mussin has confirmed in a government meeting that the country is on track with its crypto mining farm projects. Mussin noted that the country is in talks to attract about 300 billion tenges ($714 million) of investment to fund the project which it first proposed back in July.

As reported, the move by the Kazakhstan government to invest in cryptocurrency mining was pioneered by former minister of Digital Development Askar Zhumagaliyev who acknowledged that cryptocurrency mining has become available to many people, further reiterating its potentials. Per his words, Zhumagaliyev stated that “According to the report that we have prepared with international experts, we expect another 300 billion tenges ($738.4 million) in the next three years as digital investments and in general, the further development of digital mining.”

Today’s exposition given by Minister Mussin reveals that “More than 80 billion tenges ($190 million) has been invested in the sector,” adding that the country had a “preliminary agreement on attracting investments worth 300 billion tenges.”

According to Mussin, thirteen cryptocurrency “mining farms” are already operating in the Central Asian nation and four are under construction.

Just like Iran that recently legalized digital currency mining, Kazakhstan has joined the nations looking to tap into the digital currency mining rush. While Iran appears to be fueling the crypto mining surge in order to pump liquidity into the economy, Kazakhstan hopes that the mining activities will boost its oil-dominated economy, Per Reuters. However, both countries favor crypto mining based on a cheap electric power supply.