Computer programming entrepreneur John McAfee has committed suicide in his Barcelona jail, just hours after a Spanish High Court approved his extradition to the United States. 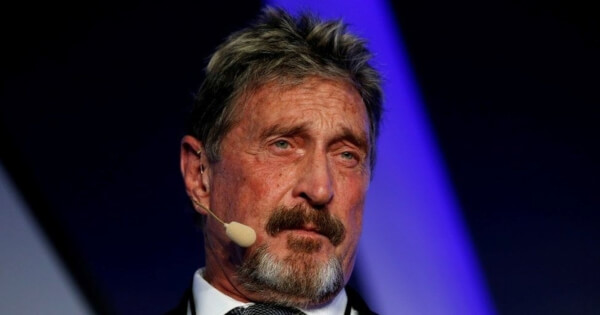 The British-American McAfee antivirus inventor lived the latter part of his years due to evading American authorities for tax evasion. According to his lawyer, Javier Villalba, McAfee died after committing suicide as he could no longer handle his prison sentences.

Also renowned as the founder of the privacy coin, Ghost coin, McAfee was often involved in pump and dump schemes in the cryptocurrency ecosystem. The 75-year old also had a brawl with the United States Securities and Exchange Commission (SEC) for earning about $13 million in the promotion of Dogecoin (DOGE) and Verge (XVG).

The death of McAfee shocked the entire crypto sector on Twitter. Some people believe him as a victim under the law. On the other hand, McAfee’s wife, Janice McAfee, memories him on Twitter of celebrating him on Father’s day, lamenting the ill-treatment he was receiving and the lack of chances to get a fair trial in the United States if extradited.

While he was also being tried by the SEC, the extradition clause only factored in trials relating to tax evasions. McAfee had a chance to appeal the jurisdiction, and the entire extradition was expected to be approved by local lawmakers before it is finalised. However, Villalba said McAfee’s nine-month spell in prison had brought him despair, a condition he could no longer bear. The tax evasion charges are likely to be dropped now that McAfee is dead.

McAfee had a robust career with NASA, Xerox, and Lockheed Martin before developing the first commercial McAfee antivirus in 1987, later sold to Intel in 2011. While McAfee has no involvement with the company, the antivirus still bears McAfee’s name and is still widely used to date.