McAfee's Ghostcoin Gets Backing as Payment in Hong Kong 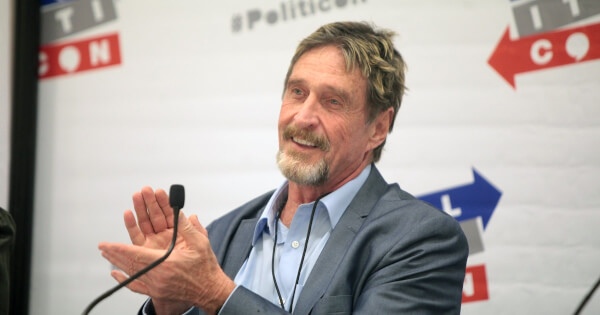 Days after McAfee’s Ghostcoin confirmed its partnership with ZelaaPayAE, a payment startup based in the UAE, it was announced that the privacy coin would be expanding into the Hong Kong market. The announcement confirmed in a Twitter post, will see Ghostcoin’s adoption and integration by 60 vending machines in Hong Kong including those at Disneyland.

Ghostcoin was launched last week disregarding the controversies surrounding it. The privacy coin is the invention of John McAfee, a British American Inventor famous for the game-changing anti-virus software McAfee. Ghost coin has unique features that further the fundamental agenda of blockchain technology which includes providing complete anonymity when making transactions. Ghost transactions use a state of the art escrow pool to shield and erase the history of transactions. GHOST transactions are verified using zero-knowledge proofs.

The super-privacy coin runs on a decentralized system that uses a proof-of-stake network controlled by GHOST token holders and users. GHOST has no central company or owner and is run and maintained by the community. The unique features of Ghost have attracted businesses in the UAE and Hong Kong where payment startups ZelaaPayAE and iVendPay are helping to drive its integration by vendors.

McAfee’s Ghostcoin has gained a lot of attention from the cryptocurrency sector since the announcement of its impending launch. While it may be too early to rate the coin’s users' experience, blockchain enthusiasts' reaction to the series of strides the coin has made is impressive. In keeping up with future expectations, the project will need to amply introduce more value while creating bigger markets across countries. In all, the blockchain ecosystem stands as a winner with this new addition to the family.