Japan was one of the first countries around the globe to begin accepting cryptocurrency. Despite this history, Japan’s finance minister, Taro Aso, suggested that he was not willing to push for lowering the tax rate of cryptocurrencies to a flat 20% because it is difficult for the majority of households in Japan to invest in digital assets. 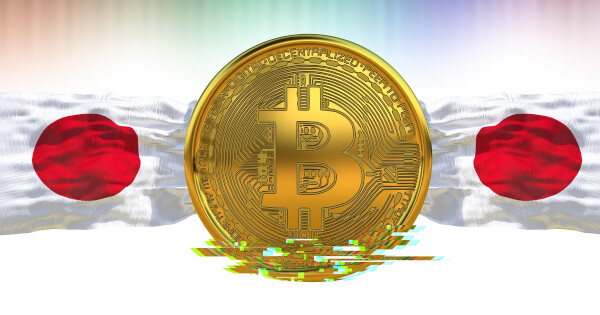 Although several people are considering steps that would lead to lowering tax rates, the finance minister indicated that he would not help in that direction. According to Aso, lowering tax rates on cryptocurrencies to a flat 20% is not the appropriate move to make. He justified his stance by stating that it is difficult to get most investors in the country to invest in cryptocurrency and, therefore, there is no need to adjust the tax rate.

Lowering tax rates of cryptos is the goal of the current legislation. The statement of the finance minister came as a response to a question from a member of the Japan Restoration Association, Shun Otokita. Aso expressed his statement during a meeting of the House of Councilors on Financial affairs on June 2nd.

Aso mentioned that: “Out of 1900 trillion yen financial assets held by households in Japan, around 900 trillion yen is now being held as cash deposits and that is abnormal.”

Aso’s reasoning is understandable. Basically, there are several numbers of cash-based businesses in Japan as the majority of citizens like keeping their savings liquid. Aso thinks that it would be difficult to convince the majority of investors in the country to go for cryptocurrency. He, therefore, believes that the tax rate on cryptocurrencies should remain at it is.

Of course, crypto tax rates are high, which damages people who use cryptocurrencies in Japan. Almost all cryptocurrency income – from lending, mining, and trading – is categorized as miscellaneous income on taxes and can be taxed up to 55%. But the country is taxing stocks at a flat rate of 20%. This is something that pro-crypto lawmakers have been pushing for legislation to bring the tax rate of cryptocurrencies down to 20%. However, based on the finance minister’s suggestion, it appears that pro-crypto legislators will have to wait a bit longer.

The modification to the country’s existing legislation on cryptocurrency (The Payment Service Act) came to effect on May 1. The newly amended regulation requires that all references to “virtual currency” to be replaced with “crypto assets.”

Speaking about cryptocurrency’s volatility, the finance minister jokingly commented that the word “crypto” sounds a bit strange and shady and thus suggested that the country uses the Japanese word “ango shisan” derived from stablecoin, as this sounds more stable.

Furthermore, the amended legislation reduces the leverage cap for cryptocurrency margin trading from 4x to 2x. This is another issue that several crypto traders did not receive positively. But the Financial Service Agency (FSA) – Japan’s financial watchdog – considered it as necessary so that to prevent fallouts such as the crash recently experienced during mid-March.

In May 2019, the Japanese Financial Services Agency (FSA) indicated a cautious approach to ETFs (exchange-traded funds) based on cryptocurrencies. The FSA expressed hope for the crypto-based EFT’s approval in the US by the SEC (the Securities and Exchange Commission). The financial regulator stated that such crypto assets are important and Japan should not lag behind other nations in that regard. The watchdog commented that the introduction of such assets in the country would lead to market growth by making institutional investment easier, thus leading to lower volatilities. However, the regulator showed opposing views concerning cryptocurrencies and crypto EFTs, saying that cryptos like Bitcoins don’t have intrinsic value and that could result in intolerable price volatility. Japan is one of the countries with the most strict regulations concerning cryptocurrencies in the world.