A consortium of 79 Japanese firms, including the country’s largest banks, have joined forces to participate in the trial and a potential launch of a new digital version of the Japanese Yen in fiscal 2022. 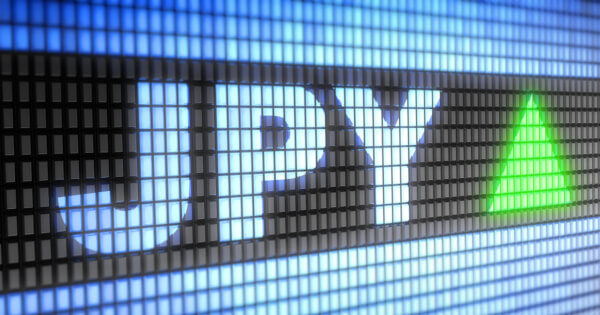 Led by a startup, DeCurret cryptocurrency exchange, these private firms are developing a platform known as Digital Currency JPY (DCJPY) to ensure that bank deposits will back the digital currency; Hence the DCJPY will be a liability of each of the banks.

The initiative seeks to launch a yen-based digital currency in fiscal 2022 after testing trials in the coming months.

Kazuhiro Tokita, chief executive of crypto exchange DeCurret, leading the consortium, talked about the development at a news conference on Wednesday, November 24. Tokita said that “the new digital currency, known as “DCJPY” will be backed by bank deposits and rely on a common platform to expedite large funds transfer and settlements among the participating firms.”

DeCurrent is leading the consortium, which includes a wide variety of firms, including major Japanese banks such as Mitsubishi UFJ Financial Group, Mizuho Financial Group and Sumitomo Mitsui Financial Group, among many other financial services firms. Also, big industrial companies such as motor vehicles, electricity, telecoms companies such as (Mitsubishi Motors Corporation), Japan Post Bank Co Ltd., Nippon Telegraph and Telephone Corp, East Japan Railway Co and Kansai Electric Power Co Inc). Other firms are expected to participate in the experiments to examine the use of digital currency in industries ranging from retail to energy.

Since last year, the consortium has been meeting regularly to discuss ways of creating a new settlement platform for digital payments.

Toshihide Endo, a former head of Japan’s Financial Services Agency who is currently a special advisor to DeCurret, also talked at the conference and said: “A digital currency system built on a bank deposit-backed common platform will fit the CBDC that could be planned and implemented” in Japan.

The initiative by the consortium is part of the private sector to support the Bank of Japan’s ongoing experiment on official national CBDC. Government officials, including policymakers, have stated that they would work closely with the private sector if the BOJ were to issue a CBDC.

The latest development by the consortium sends a signal that the private sector is embracing the use of blockchain-based payment systems.

In the few previous months, as reported by Blockchain.News, a senior central bank official, working for the Bank of Japan (BOJ), stated that any digital currency that the central bank plans to issue should have a simple design that private firms can use to develop financial and payments services for customers.

BOJ executive director Shinichi Uchida said in October that if the central bank were to decide on issuing the national digital currency, then such a CBDC needs to co-exist with private-sector payment services.

Uchida further stated that the government is collaborative enough. Therefore private firms are allowed to develop services that allow customers to use both CBDC and private payment means with a single wallet.

The BOJ recently set up a regular panel to exchange views with the private sector as part of efforts to ensure that any digital currency it issues does not stifle private innovation.