Hong Kong is the Most Crypto-Ready Economy, Study Shows

Crypto adoption in Hong Kong is going to expand, as the city has emerged as the readiest country/ region to embrace digital assets era, according to a study by trading platform Forex Suggest. 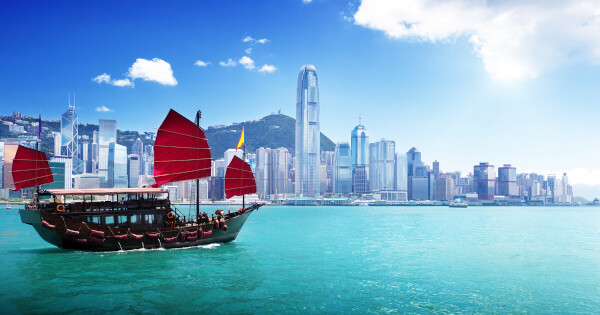 Through the Worldwide Crypto Readiness Report, Forex Suggest revealed that Hong Kong scooped the top spot after weighing various parameters like the number of crypto ATMs and legislation.

“The country (or region) can be crowned the most crypto-ready as it ranks in the top three for three categories we looked at, including the number of blockchain startups per 100,000 people and the number of crypto ATMs proportional to the population.”

With a crypto-ready score of 8.6/10, Hong Kong attained this tally based on its appeal to investors because of no taxing capital gains on cryptocurrencies. Furthermore, it has the densest area in terms of the number of crypto ATMs.

“Taking the top spot for the smallest area per crypto ATM is Hong Kong, with residents never more than 7 kilometers away from an ATM. This comes as no surprise as the tiny island nation has the smallest land area of the locations in the index twinned with one of the highest numbers of crypto ATMs.”

Meanwhile, the Securities and Futures Commission (SFC) of Hong Kong recently stepped up its awareness campaign about the risks inherent in the trading of Non-Fungible Tokens (NFTs). 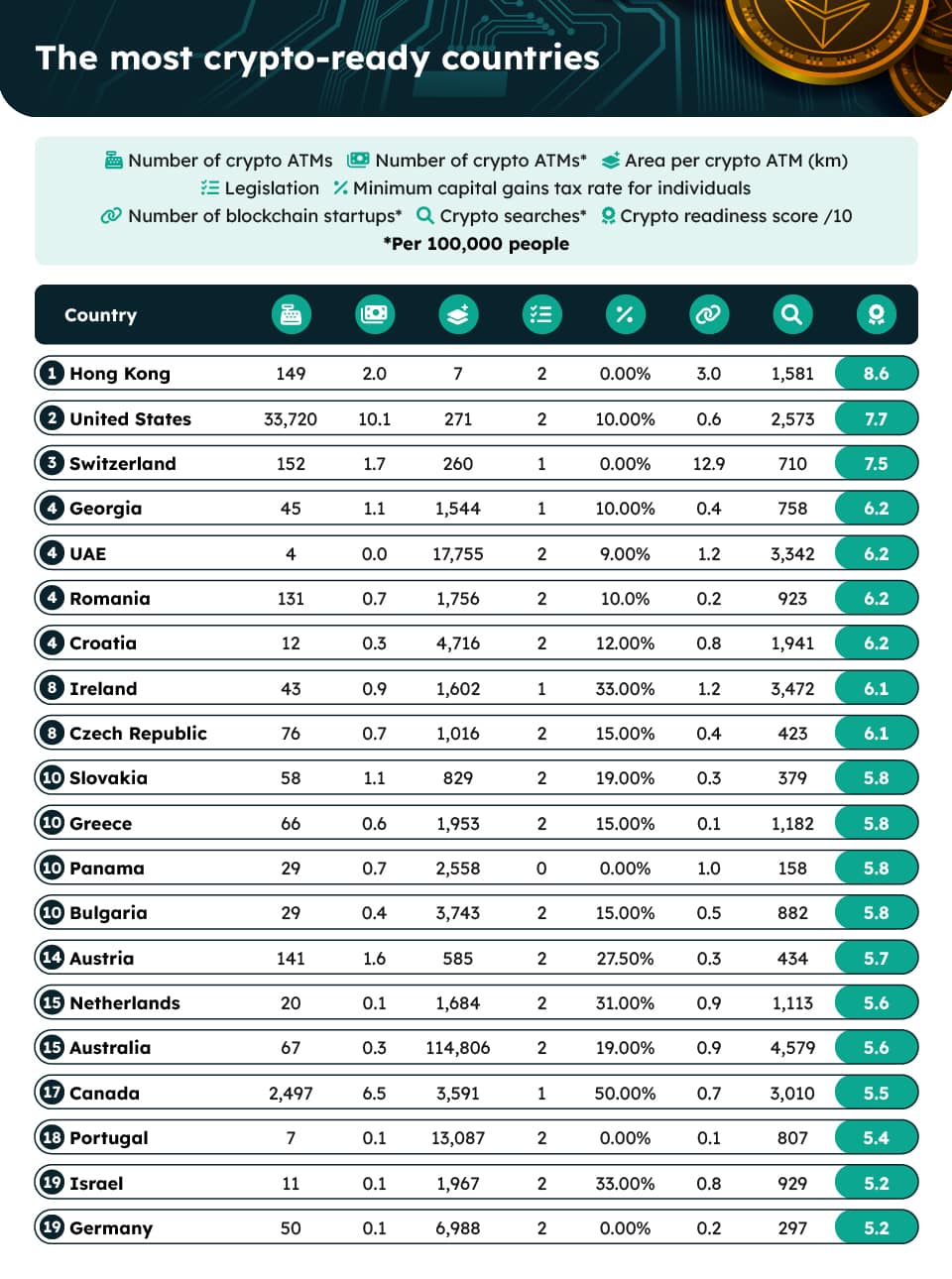 The United States and Switzerland took the second and third slots of the most crypto-ready countries scoring 7.7/10 and 7.5/10, respectively.

Both nations bagged these spots based on the high number of crypto ATMs per 100,000 people. For instance, according to the report, Switzerland is world-renowned as a global finance hub.