A Bitcoin wallet address said to be associated with the now-defunct Mt. Gox Exchange holding an estimated 80,000 Bitcoin worth around $800 million, is said to be untouched revealed by a sourceon Feb 17. The asset is shown to have remained untouched since the days after the hack of the once renowned exchange. 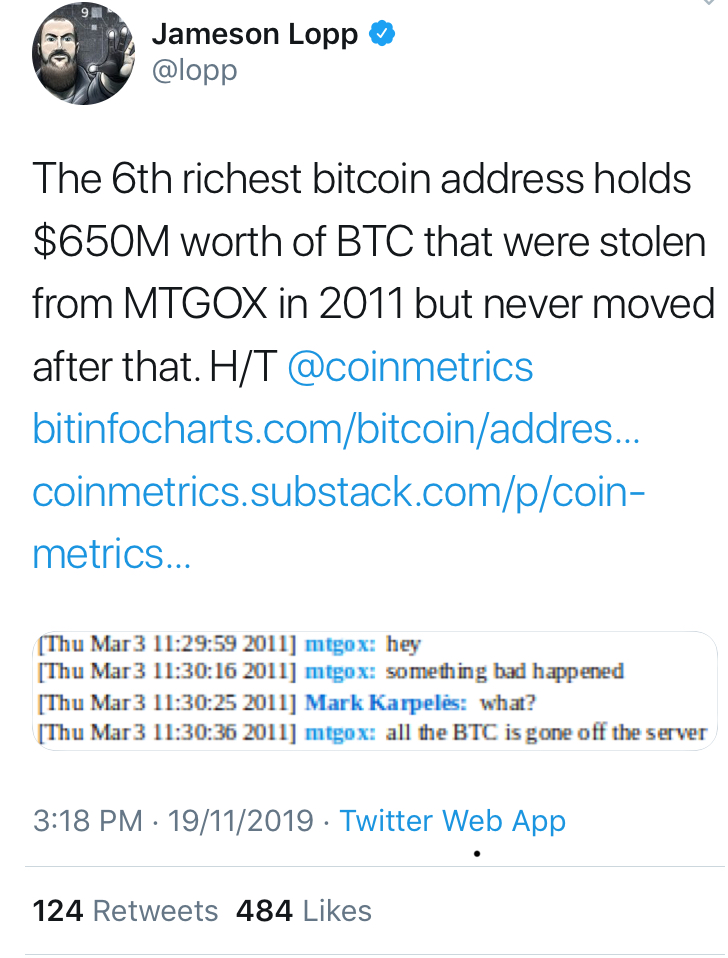 With the funds on the wallet already tainted and duly tagged as high risk making it quite difficult to cash out, spectators are left to wonder if the wallet will ever see withdrawal or transfer of funds as all eyes are well fixed on it from the period after the hack.

As the years after the Mt. Gox disaster continues to roll by, the situation still leaves a bitter taste in the cryptocurrencyworld. Recalling the year 2011, when the now liquidated exchange suffered a high profiled hack and breach of security of the exchange at a time when it boasts of a whopping 70% of Bitcoin’s overall global trade volume.

The official accepted report claimed hackers exploited the already breached Mt. Gox admin account to crash the price of Bitcoinon the exchange. With price artificially pushed down, the hackers went to town, buying up super cheap Bitcoin in large quantities.

Accounts of the exchange users were also targeted, and an estimated loss of 25,000 Bitcoin was stolen from 478 accountstotaling to a huge $8.75 at the time of the hack.

Recent news credited to a Redditor (jwinterm), claims the Bitcoin address, the sixth-largest Bitcoin Address associated with the original Mt. Gox hack has been unearthed. With a balance of 75,957.20 BTC, clearly showing no single satoshi has ever been moved out of it.

Chainalysis, a blockchain analytics firm that has been keeping a close watch on the stolen Bitcoin while speaking to Decrypt, suggested that the issues surrounding the address have kept the funds in a state of being treated as a poisoned chalice that should be distanced from.

According to Chainalysis representatives Maddie Kennedy, it is of the opinion that there exist two assumed possibilities why the funds have not been moved, which includes loss of access to the address or simply the fear of moving the funds without being tracked down.