eToro Plans to Launch Debit Card in UK Ahead of Robinhood 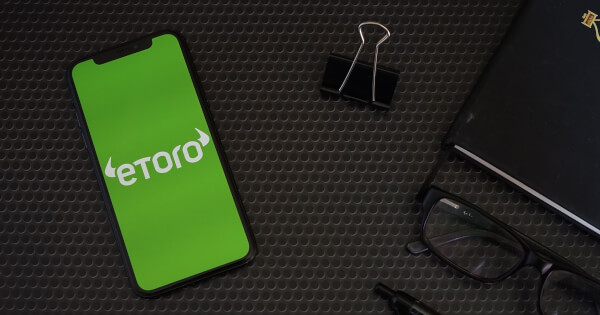 Marq Millions will now be rebranded as eToro Money and would be the issuer for eToro’s debit cards as the exchange expands its range of products for UK customers.

Strategy to Take on Rival

The cards would be initially available to eToro customers in the UK, then expanded to Europe, and later would be extended to non-eToro users in other markets. eToro expects the debit card take-up to be strong.

eToro Money has an EMI license permission from the Financial Conduct Authority (FCA) and a principal membership with VISA.

eToro co-founder and CEO, Yoni Assia, said that the commitment to launch a debit card is a natural step that eToro undertakes to broaden a variety of services that it offers to its customers. The CEO mentioned that the debit card would provide instant cash-in and cash-out functionality, a feature that the company’s user-base has been requesting for a long time.

eToro allows customers to invest in commodities and stocks, as well as for cryptocurrencies like Bitcoin. The company says that it has 14 million registered customers, all of whom share their investment strategies, the same way as a social network. The firm is regulated in Australia by the Australian Securities and Investments Commission, in the UK by the Financial Conduct Authority (FCA), and by the Cyprus Securities and Exchange Commission in Europe.

Meanwhile, eToro is racing to build up its user base in the U.K ahead of a potential launch of a rival new product by competitor Robinhood. The US-based investment app Robinhood has made waves in the United States but has delayed its launch in the U.K indefinitely as it struggles to address pressure from U.S politicians after one of its customers killed himself. The customer, a 20-year old student, Alex Kearns, killed himself last month, apparently in the mistaken belief that he had lost £575,000 ($730,000) by using the app.

In the recent past, Robinhood said that it had a waiting list of over 250,000 people in the U.K ahead of a planned launch for this year. This clearly indicates that there would be a strong demand for eToro’s services.

Card Race Is Heating Up

Fintech companies are racing to develop their own virtual and physical debits cards. Their cards and associated checking accounts seek to enable users to purchase things with a card, smartphone, or online. The debit cards are connected to apps with new features that allow users to easily check their balance, monitor their purchases, and lock their accounts. The apps allow online and peer-to-peer payments by connecting physical debit cards. By developing smart debit cards, these companies have the opportunity to unlock new streams of data and revenue. They could charge interchange fees on purchases made with debit cards or other checking account fees and then split with their business partners.