Connecting Crypto Exchanges with CMC's New Liquidity Metrics: What We Learned at The Capital 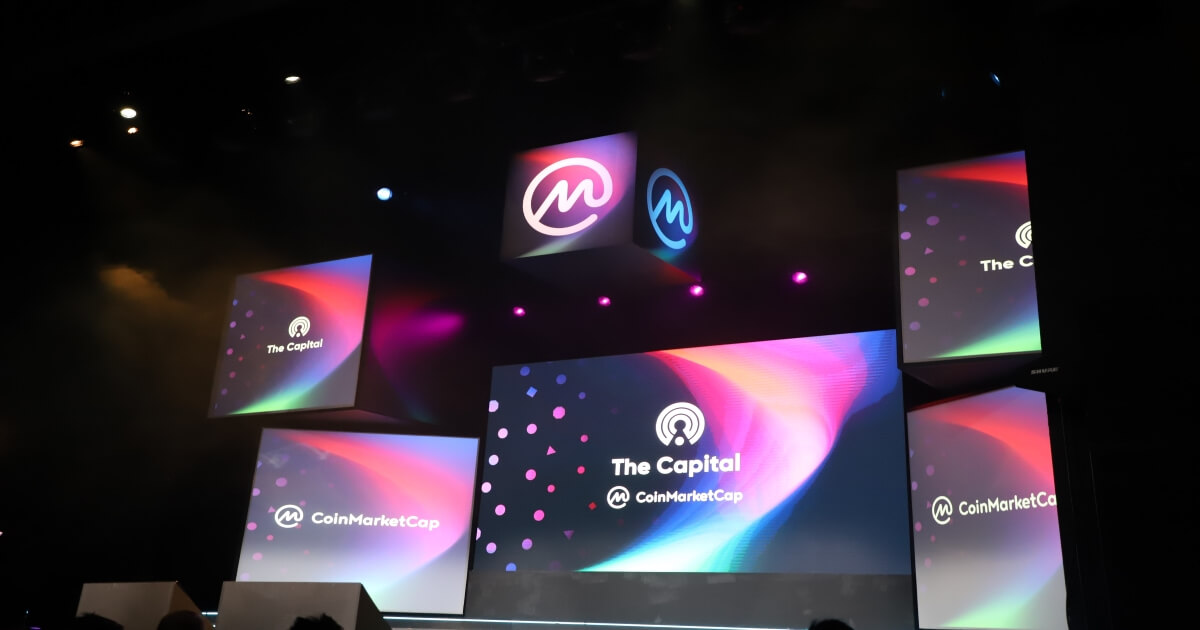 Beginning on Nov. 12 and spanning two days, CoinMarketCap held its inaugural large-scale event, The Capital, which brought together leading stakeholders in the blockchain, cryptocurrency, regulatory and financial industries.

The Capital was held at the Victoria Theatre in Singapore and had a predominant focus on two major themes and contemporary pain points for the industries as they relate to cryptocurrency, tokenization and digital/virtual assets— ‘adoption’ and ‘liquidity.’ CoinMarketCap (CMC) also released its new standard metrics for Liquidity assessment for the cryptocurrency industry to further empower its users as well as speculative investors to make informed choices and to combat rampant volume inflation. Carylyne Chan, Chief Strategy Office, CoinMarketCap, stated that the liquidity metric would be the new default ranking metric on CMC.

Those in attendance were also treated to a glimpse of two very enigmatic figures who spoke in disguises complete in masks and capes— the secretive CMC founder Brandon Chez and proof-of-stake inventor Sunny King who discussed the consensus algorithm with an added distorted voice enhancement.

Beyond these two, a vast range of speakers expanded and drove thrilling discussions focusing on adoption and liquidity in crypto, including notable leaders Changpeng “CZ” Zhao of Binance, Mance Harmon, CEO of Hedera, and Jeremy Allaire, Co-Founder, and CEO of Circle.

Samson Mow, Chief Strategy Officer of Blockstream, ruffled some feathers calling proof-of-stake a “joke” on a mining panel. He later elaborated on this in an exclusive interview with CMC, where he said: “If you talk to any serious computer science person, they will tell you that proof-of-stake doesn’t really work because it is essentially perpetual energy.” We also managed to snag our own exclusive sit down with Mow for an in-depth interview on the lightning and liquid networks soon to be published on Blockchain.News.

Circle’s founder and CEO, Jeremy Allaire, also shared an interesting perspective and reframed the catastrophic ICO bubble of 2017 as an interesting test demonstration of what internet-based capital markets could begin to look like.

At the end of day one, Binance held a “super meetup” where Binance CEO, CZ, announced the firm’s partnership with HTC to launch a blockchain smartphone, which will retail for $599 and awarded HTC phones six lucky attendees.

On day two, Jennifer Ilkiw, Intercontinental Exchange (ICE), Asia Pacific, announced that Bakkt’s cash-settled Bitcoin futures contracts would be launched in Singapore on Dec. 9. On the success of digital asset adoption, she mused that a good indicator would be when her mother starts using them, and “no one at my family dinner table at Christmas asks me what I do at work.” Ilkiw ended her speech on a social equality note, speaking to the value that women can bring to this space while highlighting what she herself expects from her daughters.

Following on the theme of digital asset adoption, we were able to secure an exclusive with Charles Cascarilla, Co-founder and CEO, Paxos after his lively panel discussion which also featured Stanley Yong, Director, Adhara; Kenneth Oh, Senior Partner, Dentons Rodyk and Alex Yang, CEO, V SYSTEMS. We spoke to Cascarilla on Paxos Stablecoin adoption, Paxos Gold, and potential competition with Libra—interview will be published soon on Blockchain.News.

The Capital really was the tech-fueled, experiential events it was advertised to be and was well represented by the global blockchain and cryptocurrency community. From groundbreaking keynotes to fireside chats, social meetups, and influential panel discussion, we highly recommend clearing space in your 2020 calendar for the next one.