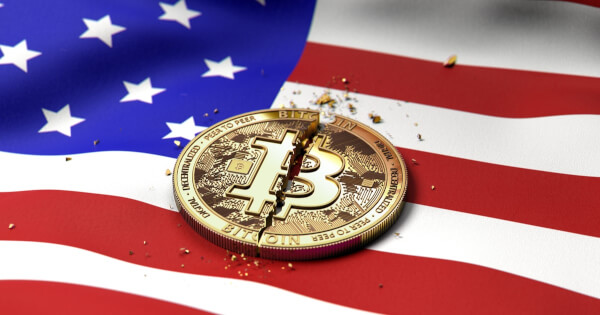 Brian Armstrong, the CEO of leading crypto exchange Coinbase, took to Twitter on Wednesday night to warn the crypto community and criticize the US Treasury Department on rumours of the Trump administration’s plans to impose strict data collection requirements on crypto wallet holders—making them easier to track.

“Last week we heard rumors that the U.S. Treasury and Secretary Mnuchin were planning to rush out some new regulation regarding self-hosted crypto wallets before the end of his term. I'm concerned that this would have unintended side effects, and wanted to share those concerns.”

If Armstrong’s information is good, it would mean that the outgoing Trump administration through Treasury Secretary Steven Mnuchin will rush through regulation requirements that will violate a United States citizen’s ability to “self-host” their crypto wallets and they will give up full control of their own crypto.

“This proposed regulation would, we think, require financial institutions like Coinbase to verify the recipient/owner of the self-hosted wallet, collecting identifying information on that party, before a withdrawal could be sent to that self-hosted wallet.“

The Coinbase CEO goes on to explain that while the rumored process sounds like a reasonable idea on the surface, “it is a bad idea in practice” because it is often impractical to collect identifying information on a recipient in the cryptoeconomy.

The parting regulation of the Trump Administration would obligate corporations and crypto firms to know every party that their users transact with in crypto, keep detailed logs, track all crypto movements, and verify all parties’ identities even before a single transfer could take place.

Should Coinbase CEO Armstrong’s fears be realized, the Trump Administration’s parting crypto wallet regulation would have widespread impact for any crypto services that use a non-custodial wallet—as is the case in the booming decentralized finance (DeFi) space.

“This additional friction would kill many of the emerging use cases for crypto. Crypto is not just money - it is digitizing every type of asset […] Given these barriers, we're likely to see fewer transactions from crypto financial institutions to self-hosted wallets. This would effectively create a walled garden for crypto financial services in the US cutting us off from innovation happening in the rest of the world.”

Armstrong said that such a regulation “would be a terrible legacy and have long-standing negative impacts for the U.S.”

The United States approach to cryptocurrency regulation has been a point of contention for the crypto community and Armstrong believes that should the Trump administration drop this crypto wallet privacy bomb on its way out, it would make the situation even more hopeless for innovation.

“This would be bad for America because it would force U.S. consumers to use foreign unregulated crypto companies to get access to these services. And long term, I believe this would put America's status as a financial hub at risk.”

In March this year, CB Insights published a report indicating there has been a dramatic blockchain migration from the United States to Asia, with many private firms tired unclear US regulation.

These sentiments have been expressed by both Ripple's co-founder Chris Larsen and its CEO Brian Garlinghouse—Larsen heavily criticized the regulation cryptocurrency framework provided by the US Securities and Exchange Commission, saying that it was light years behind China and other countries in terms of providing a clear regulatory framework for cryptocurrencies. Ripple has since declared plans to move headquarters to Europe or Asia.