Major cryptocurrency exchanges Coinbase and Binance US are the latest exchanges that have announced support for the Flare Network’s upcoming Spark airdrop, which saw Ripple's XRP token price surge briefly before once again correcting below the $0.60 resistance. 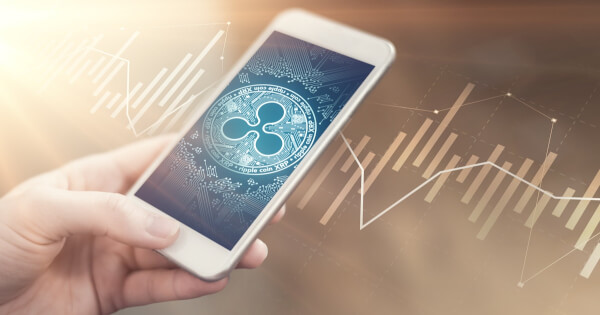 The Spark Airdrop from the Flare Network, a smart contract platform solidly backed by Ripple has been the main point of talk in the Ripple community lately with an initial scare that key exchanges including Coinbase and Binance US amongst others will not be participating.

The Flare airdrop will be taking place on the 12th of December with a total of 45 billion tokens scheduled to be distributed among the holders of XRP on a 1:1 basis. As noted by Coinbase, the eligibility for participating in the airdrop is to be an XRP coin holder.

“If you are an eligible customer holding an XRP balance on Coinbase or Coinbase Pro on the snapshot date and time of December 12, 2020, 00:00 AM UTC, you’ll receive Spark tokens from Coinbase at a later date after the Flare network launch. The amount of Spark you’ll receive depends on how much XRP you had in your account at the snapshot time."

The move by Binance US is also a complement to the main Binance exchange that announced its support much earlier. By the support for the much-anticipated Spark airdrop, Coinbase, and Binance US customers with the former having a total XRP locked amount of $3 billion will be able to partake in the airdrop.

Implications for the XRP Coin

The XRP coin has coasted higher in the past days with the Flare Network’s Spark token airdrop contributing to the bullish run of the coin closely associated with the payment company Ripple. According to Coingecko, XRP price has surged by 178.7% in the past one year with a corresponding growth of 149.2% in the past month.

For a coin that has been battling regulatory uncertainty with the SEC, the gains are impressive and further boosted with the news of the Spark Token airdrop as Blockchain.news reported. With XRP price currently up 1.6% in the past 24 hours, the growth momentum of the third biggest coin by market capitalization is however not a promising one in the near-term. 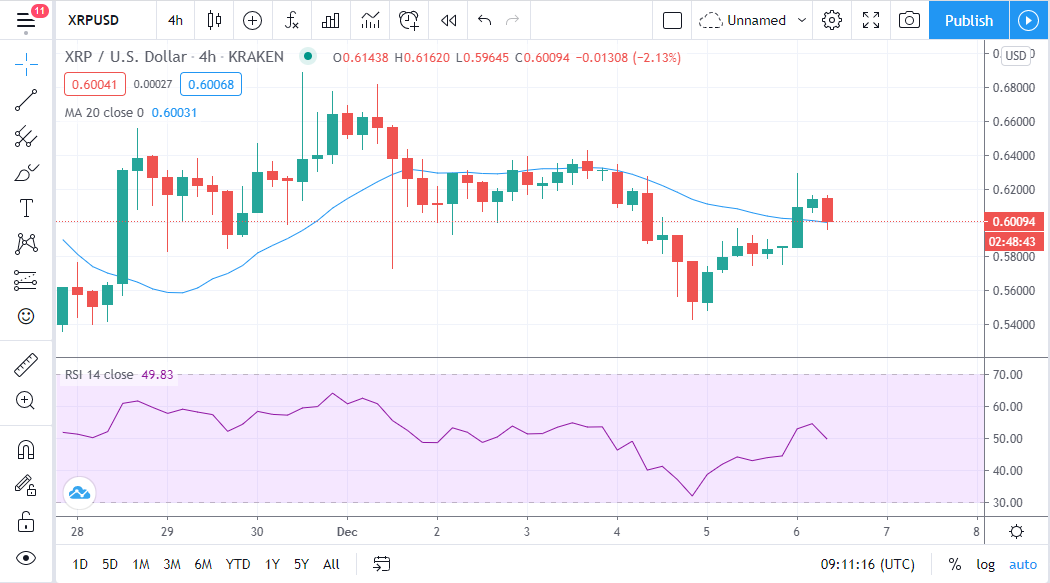 The XRP token is trading at $0.59 at time of writing, still moving sideways along the $0.60 resistance level. From the XRP-USD chart on TradingView, the XRP coin has a Relative Strength Index (RSI) of 49.83, a below neutral position that suggests that market bears are wresting control of the market and we could expect a dip in the XRP price in the short-term before the bulls return. The 20-day Moving Average is also not bullish and further supports the position that investors should be watchful in order not to be caught by surprise in the next few days as we expect Ripple's XRP token price to dip below $0.55 before resuming its bull run.

XRP Flare Fork to Airdrop Free Spark Tokens, but Coinbase and Kraken Will Not Benefit