As China moves to cement its influence in the Asia-Pacific region, Chinese President Xi Jinping has promised to further strengthen cooperation and promote a “digital Silk Road” with ASEAN member states. 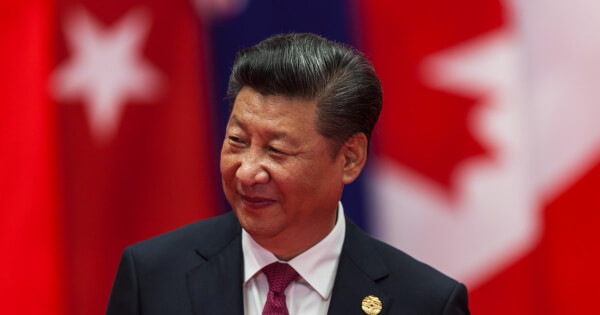 On November 27, President Xi assured the Asian leaders that China’s top priority is to develop its relationship with the Asean (Associations of Southeast Asian Nations) – 10 countries in the Southeast Asian region including Vietnam, Thailand, Singapore, Malaysia, Laos, Cambodia, Indonesia, the Philippines, Brunei, and Myanmar.

Xi’s speech comes just two days after President-elect Biden announced that his foreign policy agenda would see the U.S strengthens its relations and initiate a new leadership role in the Asia-Pacific.

While speaking via a video link to partners and participants at the China-ASEAN Expo in the Southwest Chinese city of Nanning, Xi said:

“China regards Asean as a priority in its neighborhood diplomacy and a key area for high-quality joint construction of the Belt and Road Initiative.”

Xi said this while referring to his Belt and Road initiative project to build infrastructure, investment, and trade along both ancient maritime and land Silk Roads (sea and land routes connecting South Asia and East Asia with Persia, South Asia, the Arabian Peninsula, East Africa, and Southern Europe).

Xi mentioned that China aims to collaborate with Asean nations to develop a “China-Asean digital port to promote digital connectivity, and build a ‘digital Silk Road’.”

Xi revealed his plans to lead China towards building close relationships with Asean to address pressure from the prolonged trade war caused by US President Trump in 2018.

So far there is no suggestion that the digitalization would involve the use of blockchain technology. However, President XI previously praised and regarded the technology as a breakthrough application, saying that China should seize opportunities presented by blockchain. Xi reiterated the importance of blockchain and the need to accelerate the development of the technology in the country in various sectors. Over 500 blockchain projects have been registered with China’s government.

China is poised to take the lead in blockchain after the country’s leader President Xi gave a strong backing to the technology. The move sets to allow the world’s second-largest economy to control the development of the nascent technology in the absence of competition from the U.S and Europe.

As China seeks to develop closer ties and trade relations in the Asean region, it is possible that the digital yuan, a CBCD project by China’s Central Bank, would be accepted in these countries.  China intends to build a payment network autonomous from the U.S dollar, which remains the most popular medium for international business transactions.  As the world moves to digital, China authorities remain committed to launching digital yuan so that the CBDC could get dominance by facilitating cross-border transactions in the region.