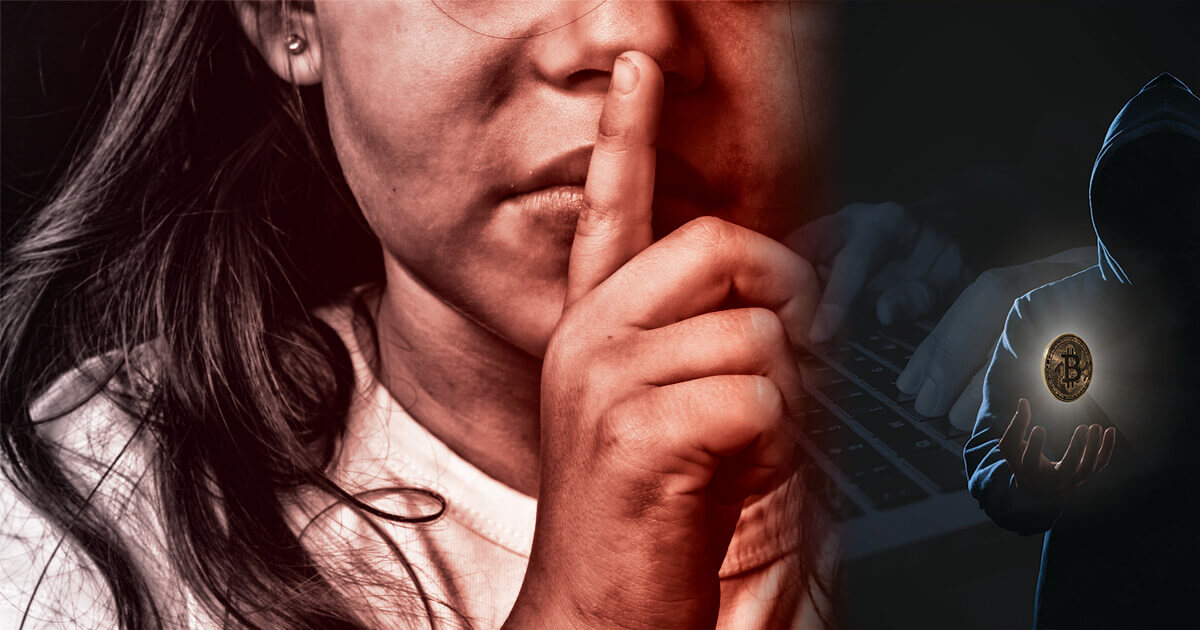 In a blog post on April 21, Chainalysis reported an alarming and rising trend of cryptocurrency transactions being linked to coin wallets that are connected to human trafficking and slavery as well as Child Sexual Abuse Material (CSAM).

The forensics firm reveals that over the course of 2019 they were able to track nearly $1 million dollars worth of Bitcoin and Ethereum payments to addresses associated with CSAM providers which represent a, “32% increase over 2018, which in turn saw a 212% increase over 2017.”

The sexual assault of children is considered vile almost unananimously and even on the darknet, CSAM sites and the sale of such material is explicitly banned by the majority of markets. 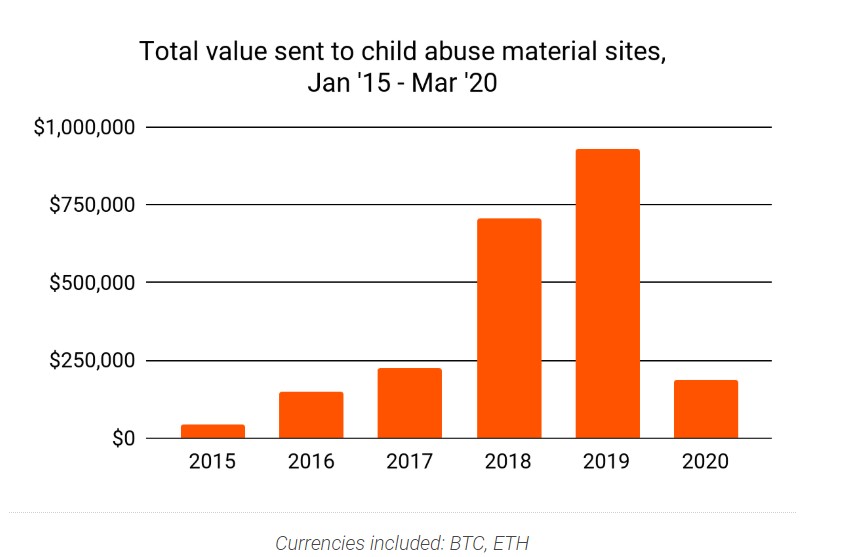 While cryptocurrencies like Bitcoin and Ether are untraceable to more than a random wallet address, in the case of Welcome to Video darknet site, many users paying for CSAM made the initial purchase for the crypto used via fiat and credit-card on ramps which allowed law enforcement to track and catch up with them.

The sexual exploitation of underage school-going girls in South Korea has been happening for years in the “Nth Rooms” incident. Notably, they would be filmed undertaking violent self-harm and sexual acts, and the videos taken were made available via Telegram chat rooms after members made crypto payments. The South Korean national community was so reviled they demanded Cho Ju-bin be named and paraded through the streets to face the public.

The police are now on the hunt for the site's users and are being aided by the four primary crypto exchanges in South Korea, namely Coinone, Korbit, Bithumb, and Upbit. 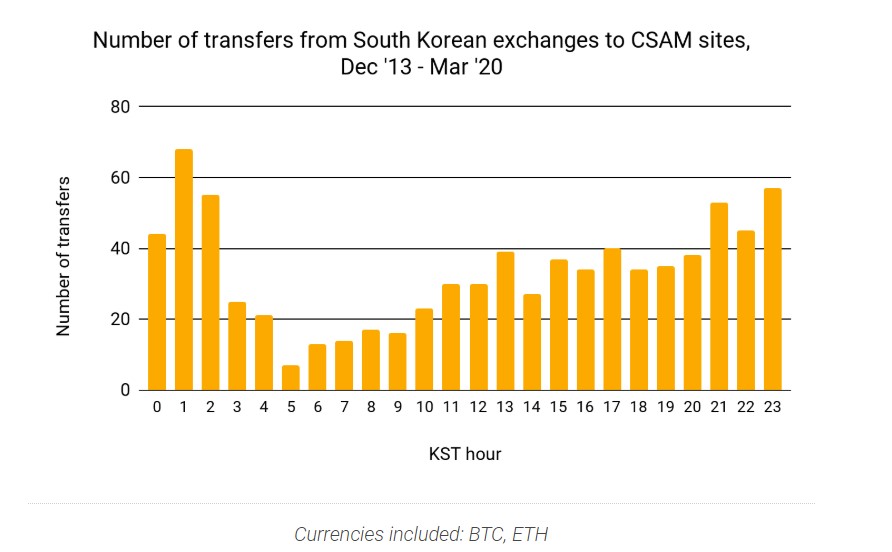 On a review of payments to CSAM sites in a single South Korea region across a 7 year span, Chainalysis identified that most payments were made via exchanges during the late hours of the night and would usually transfer payments in small amounts of less than $50 USD to not raise attention