Bank of Canada researchers do not feel that the current state of zero-knowledge-proofs is mature enough to be integrated into their development plans for a Central Bank Digital Currency (CBDC). 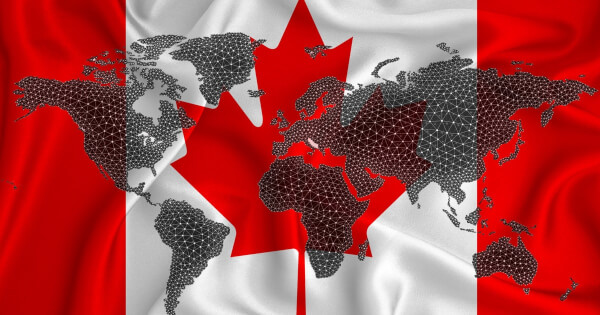 In cryptography (the art of writing or solving codes), a zero-knowledge proof is a way in which a party (usually referred to as the prover) can prove to another party (the verifier) that they recognize a value, dubbed X. The only knowledge that the verifier will have access to is that the prover recognizes X.

Zero-knowledge-proofs and similar cryptographic approaches to blockchain network privacy are still very new in the modern world. Institutional banks are still currently working on revolutionizing the way things are done in order to better adapt to the modern digital age.

Canada: Zero-knowledge-proofs and its impacts

In Canada, zero-knowledge-proofs and similar cryptographic approaches to the blockchain network have yet to be improved. As mentioned in a recent report by the Bank of Canada, privacy is not the sole concern of blockchain development.

Therefore, there need to be consultation methods put into place by a third-party entity. In cases like these, external banks are usually third-party entities. The next step after approval from the different institutional banks is then consensus. From there on, we can move forward.

According to the Bank of Canada’s recent announcement, Canada is ahead of other countries in terms of Research and Development for CBDC prototypes. Between 2016 and 2018, Canada came up with “Project Jasper,” which is an initiative aimed at understanding distributed ledger technology (DLT), and how it could transform the future of digital transactions across Canada. Entities that are part of the Project Jasper include Payments Canada, Bank of Canada, and other market participants.

COVID-19: How CBDC Will Help

During an open hearing by the House Committee on Financial Services yesterday, the honorable Christopher Giancarlo advocated for the use of CBDC as a viable solution to distribute COVID19 stimulus packages to citizens. Seeing as COVID19 is negatively impacting global economies worldwide, Giancarlo thinks that CBDC may be an effective measure in order to stimulate the economy.

That's one conclusion in a new staff analytical note published by Canada's central bank. The Bank of Canada has been a leader in the research and development of CBDC prototypes. Between 2016 and 2018, as part of an initiative called Project Jasper, the bank explored the use of distributed ledger technology (DLT) for clearing and settling of bank-to-bank payments as well as securities transactions.