Tahini's Restaurants recently tweeted that they have just converted their entire cash reserves into Bitcoin. The Middle Eastern restaurant has three outlets across Ontario and is commonly referred to as “the best Middle Eastern Restaurant in the world.” 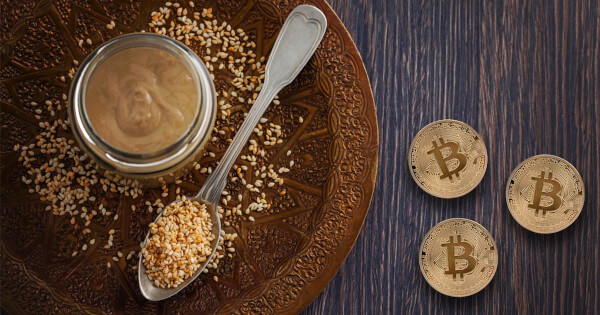 Bitcoin Flying High Under the Radar

The decision to convert its cash reserves into cryptocurrency originated from the March’s crash due to coronavirus pandemic. During that time, the Canadian government started offering assistance programs for businesses unable to stay open because of the pandemic.

The COVID-19 crisis brought most businesses to a standstill for the first half of the year. The food and hospitality industry was one of the worst-hit industries. Tahini's was adversely affected by the COVID-19 pandemic as it had to lay off a huge number of employees. The company is in its expansion phase, having plans to expand its three new franchise outlets in Ontario.

Since the laid-off employees were getting assistance from the government more than what the restaurant could pay, they did not turn up for work.  The situations were conducive to the laid-off employees as the stimulus programs left them with a lot of money. The employees had enough money, a situation that Tahini's owners say could make fiat money worthless if everyone has cash in abundance.

With Canada and the US printing money to save their economies from the coronavirus crisis, Omar Hamam, the owner of Tahini's, began thinking that a significant currency devaluation would soon occur. An influx of cash is making its way into circulation due to the massive stimulus payment given to offset the coronavirus economic shutdown.

Hamam said that the decision to embrace Bitcoin is based on a popular perception that the leading cryptocurrency is widely seen as a safe-haven asset. Just like other smart money investors and businesses, Tahini's sees Bitcoin as a suitable hedge against the debasement (devaluation) of fiat currencies that is likely to follow as Fed and other central banks across the world are increasing fiat money supplies at an unprecedented rate.

The restaurant owners endorsed Bitcoin as a better alternative to cash savings and plan to continue switching all of its excess cash into Bitcoin. The company embraced cryptocurrency and swapped all of its cash savings into Bitcoin, by coming across various cryptocurrency platforms and influencers, including Raoul Pal, Jeff Booth, Saifedean Ammous, Robert Breedlove, Preston Pysh, and cofounder of Morgan Creek and poplar crypto personality, Anthony Pompliano.

In a long thread, the restaurant chain tagged platforms and influencers that helped them along their journey of embracing the crypto industry and thanked all of them.

Tahini's seems to follow the same financial planning strategy as listed business intelligence company MicroStrategy, who announced last week that it adopted Bitcoin as its primary reserve asset. MicroStrategy bought 21,454 BTC worth of $250 million. The $1.2 billion company revealed that it now holds Bitcoin as a treasury reserve asset instead of cash.

Bitcoin Adoption Rate on The Rise

The adoption of Bitcoin cryptocurrency continues increasing alongside the demand for this finite digital asset among businesses. As the crypto industry continues maturing, several businesses and traders across the globe are turning to embrace Bitcoin as a safe haven against inflation. Within this month, two popular companies (i.e., MicroStrategy Inc., and Tahinis Restaurants) have announced swapping their cash reserves to cryptocurrency. Not only businesses but also general consumers are turning towards crypto assets to retain their wealth. Particularly, developing countries are the most inclined towards cryptocurrency adoption.