Bloomberg Intelligence reports that only an unexpected occurrence can stop the Bitcoin price bulls from running and the crypto appreciating, meanwhile on-chain data suggests that even the repeat of a Black Thursday crisis is unlikely to slow the Bitcoin price. 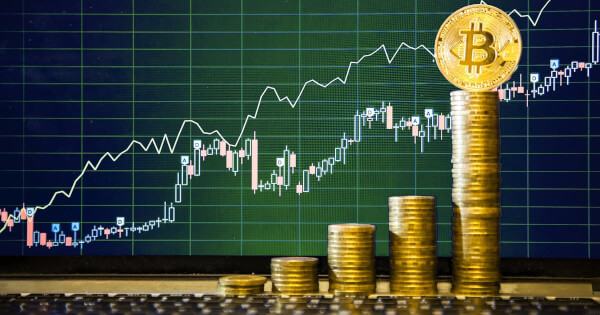 The Bitcoin price which hit a year-over-year high of $12,400 recently and now sits just under the $12,000 resistance, will only stop increasing in value if something unexpected happens according to data from Bloomberg Intelligence.

In a Tweet on August 19, Senior Bloomberg strategist Mike Mclone shared the latest Bloomberg Intelligence Commodity Primer which revealed a clear bull run anticipated for Bitcoin and the BTC price.

Bitcoin has exploded in the mainstream consciousness this year, particularly in recent weeks thanks to its bullish price rise and a slew of mainstream investor endorsement and institutional adoption.

While the Bitcoin price has pulled back from its yearly high of $12,400, the Bloomberg analysts believe that the Bitcoin price will not stop “appreciating” as it has been doing for the “most of the past decade.” 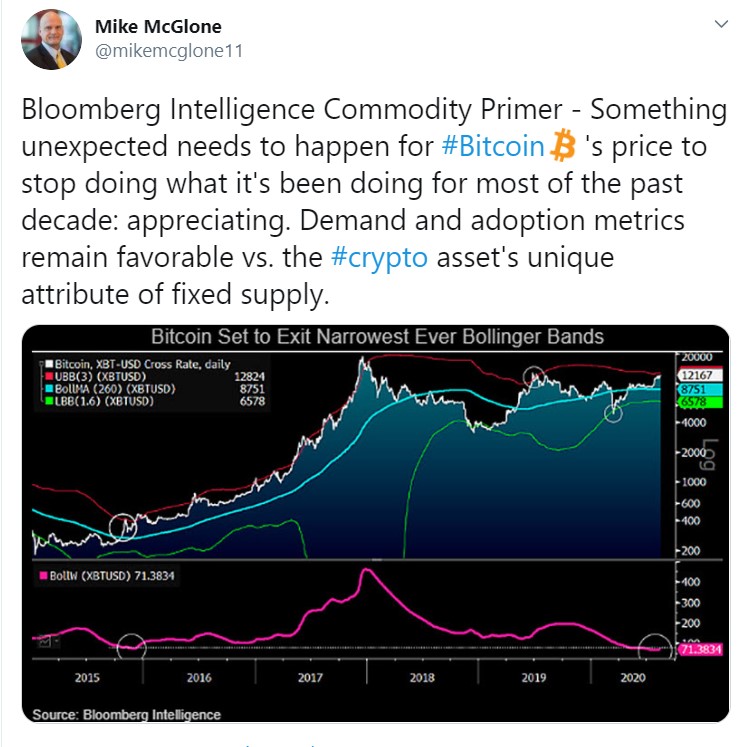 As shown in the chart, Bitcoin is about to exit the narrowest set of Bollinger bands in its existence and Bloomberg analysts are confident that “something unexpected” would need to happen to halt the Bitcoin price bull run.

The Black Thursday panic sell-off in March was definitely something unexpected, but could a repeat of liquidity evaporating in markets send the Bitcoin price plummeting with the rest of the S&P 500. According to on-chain data from CryptoQuaint, it is unlikely.

After the Bitcoin price smashed through the $12,000 resistance many were concerned after it pulled back below the resistance line. The price fall as well as prediction’s of an impending economic meltdown being made by notable investors like Jim Rogers and George Ball have many investor’s worried about another March 11 event.

A Tweet from CEO Ki Youn Ju of on-chain analysis firm CryptoQuaint, suggests that as Bitcoin exchange reserves have hit a 2020 low. He explained, “People keep worrying about the great sell-off like March, but exchanges don't have as many idle Bitcoins (waiting to be sold) as that day.”

The chart in his Tweet shows the Bitcoin exchange reserve metric which displays how much BTC is being held at exchanges. The low figures of Bitcoin being held indicates that investors have moved their BTC into cold storage and are more understanding of its safe haven properties. This fundamental change in storage suggests that investors will likely hold their BTC if another crisis hits rather than sell for fast liquidity.