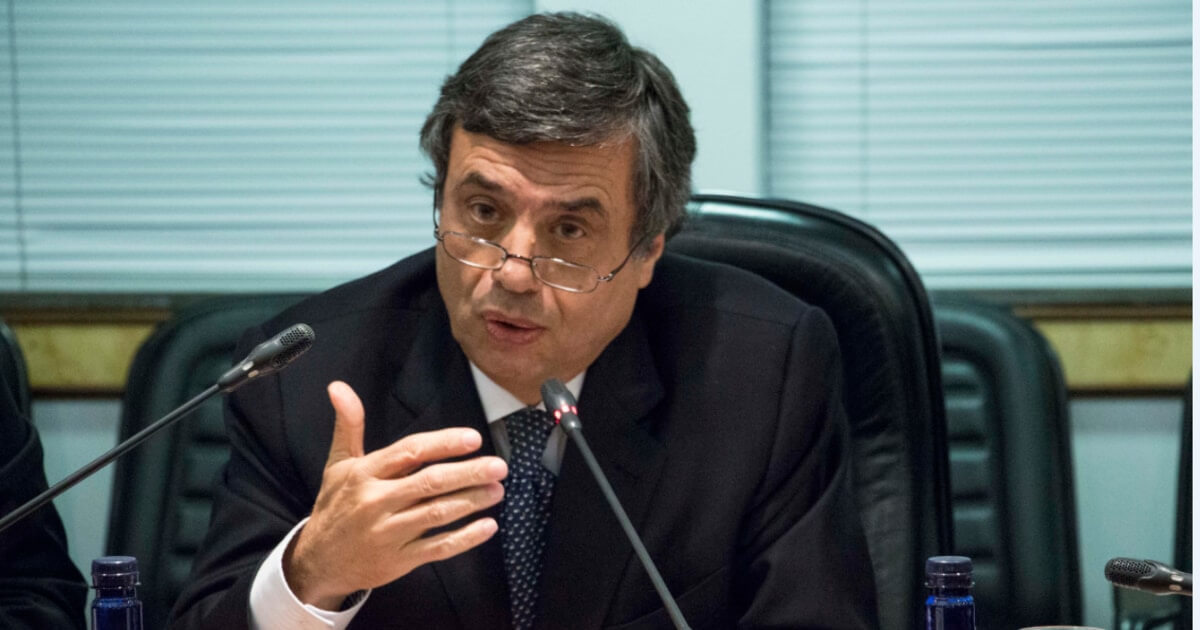 Murilo Portugal, the President of the Brazilian Banking Federation, has argued that cryptocurrencies like Bitcoin and Ethereum are not real currencies. Portugal was speaking at a debate associated with the impact of the digital revolution redefining financial sector.  The debate focused on disruptive technologies, how their deployment and use is affecting the traditional financial ecosystem.

While speaking at the debate, Portugal claimed that cryptocurrency does not fulfil any of the three fundamental functions of traditional money. He stated that cryptocurrencies are not valid as a means of exchange, a reserve of value, or a unit of account. He commented, “They are actually called coins but they are not coins, why it is cryptocurrency. They do not fulfil any of the classic functions of the money, which is to serve an account unit, where people can express prices. They do not serve as a mean of payment or as a store of value because the volatility is very high.”

The financial leader explained that the digital revolution is in a wholde different dimension in terms of the world of finance and therefore regulators must dive deeper into studying it. He acknowledged how cryptocurrencies are transforming the insurance, payments, and credit space. He further stated that information (data) and money are becoming equivalent, thus predicting that data would end up being regulated in a similar way as fiat in the future.

The Febraban president revealed that the young generation of Brazil are all jumping on the digital bandwagon. Only 56% of the population has access to the internet while 75% of the economically active population have a mobile phone. Latin American nations hold the largest number of crypto users in the globe. Brazil, Mexico, Argentina, Chile, and Colombia all fall within the top 10 cryptocurrency nations.

Venezuela, Brazil’s neighbor, is increasingly using cryptocurrencies, particularly Bitcoin as a mean of getting money out of the nation. Although Venezuela has been adversely affected by hyperinflation, Bitcoin is not being used as a traditional store of value. Bitcoin is being used as “vehicle currency” to transfer value out of the country. Informal money transmitters are increasingly using Bitcoin to transmit money outside the country. They hold onto Bitcoin, let it increase in value and when a client comes in to send money, they immediately cash it in and convert it as soon as possible to stable coins like the US dollars. The nation’s attempt at a petroleum backed cryptocurrency has failed.

When it comes to financial matters, Portugal is well respected and his words are taken seriously. Besides holding an economic development degree from the university of Cambridge, Portugal served as an executive director of the International Monetary Fund and World Bank.

The Brazilian president is not the only person who thinks cryptos do not have real use and cannot be regarded as real currencies. Aurel Schubert, the former director-general of the European Central Bank, stated that Bitcoin has not future and later or sooner, it will be on display in the Museum of Illusions. Andrew Bailey, the current governor of Bank of England, also mentioned that Bitcoin has not caught on as much as people had expected it to be.

Cryptocurrency like Bitcoin is deemed legal by most jurisdictions across the world. It is regarded as a property with monetary value. Bitcoin serves the needs of users by being a better approach to transmit value from one individual to another. It is revolutionary because it could transmit any amount of value across any border or any distance without the involvement of regulators and intermediaries. It has become reputable by its popularity among people across the world. Although Bitcoin has not successfully evolved into medium of exchange, used in day-to-day life for selling and buying goods, it is frequently considered as a digital gold because of its ability to act as a store of value.