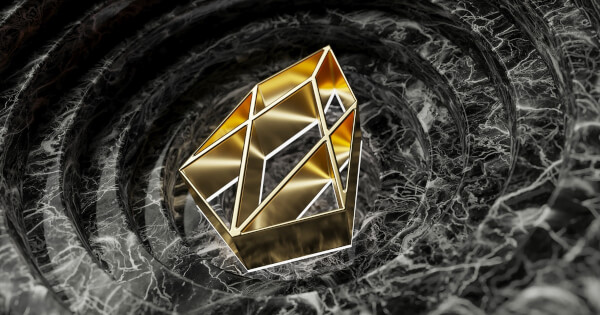 According to an email shared with Blockchain.News, the four new offerings will leverage Block.one’s performance-focused EOSIO software and will include Blockchain-as-a-Service (BaaS), consulting, technical support, and training and certification programs.

While blockchain is most known as the underlying infrastructure supporting cryptocurrencies, PwC experts reviewed other key advantages of the distributed ledger technology (DLT).

Five case scenarios in which blockchain could be used to drive the digital revolution forward included provenance – the tracking and tracing of products and services – payments and financial services, identity management, and the application of blockchain in contracts and dispute resolution as well as customer engagement.

Speaking about the potential ways blockchain technology could be used, Steve Davies, a Partner and Blockchain Leader at PwC UK, said:

“Blockchain technology has long been associated with cryptocurrencies such as Bitcoin, but there is so much more that it has to offer, particularly in how public and private organisations secure, share and use data.”

According to PwC analysts, Asia stands to reap the most economic benefits from blockchain technology over other continents.

In terms of countries, China and the US were designated as the ones that could potentially gain the highest net benefits from blockchain, estimated at $440 billion and $407 billion respectively, according to data from PwC. The net benefits of five countries, notably Germany, Japan, the UK, France, and India were also calculated to surpass $50 billion.

Overall, across all sectors, the public administration, healthcare, and education industry appears to be the biggest beneficiaries, with PwC expecting them to gain approximately $574 billion by 2030 through using blockchain for identity and credentials.

The accelerated interest and adoption of the technology has left a growing gap in both technical expertise and resources needed to effectively incorporate blockchain solutions. Block.one’s EOSIO for Business is focused on closing this gap with simple yet powerful solutions.

“Despite knowing the inherent benefits that blockchain will deliver to their business operations, many in-house product engineering teams are wary of the complexity involved in setting up and administering their own blockchain […] Our EOSIO for Business customers will be able to work directly with EOSIO experts to ensure that their implementations seamlessly integrate with existing technology, and they will also have exclusive access to the newest EOSIO features and upgrades - all of which will enable in-house teams to focus on other business priorities while still benefiting from the reliability and security of their new blockchain systems.”

The four major components of EOSIO for Business include:

“At Mythical, we are redefining game economies and creating new revenue opportunities by putting more power and ownership in the hands of players and content creators [...] EOSIO is an integral part of our efforts. Leveraging Block.one’s EOSIO BaaS service enables us to continue delivering world-class game technology products to our players and partners.”