Binance announced the completion of the 16th quarterly Binance coin (BNB) elimination on Monday, 1,296,728 BNB (estimated $393.6million) has been burned.

"The latest quarterly burn includes the actual burning of 1,291,565 BNB, plus an additional 5,163 BNB that was effectively burned via the Pioneer Burn Program," according to the statement. As per the white paper, the remaining locked team BNB are now unlocked and have been moved to the team address. 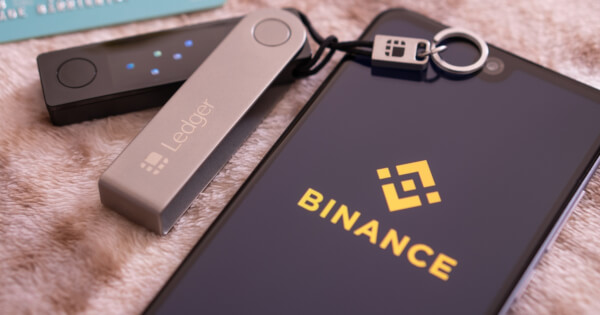 This burning operation just comes after the suspension announcement last Friday, July 16, that Binance will no longer offer digital tokens linked to shares as the Hong Kong Securities and Futures Commission (SFC) imposed a crackdown on Binance, banning its sales of stock token offerings in the city.

Binance started trading its stock tokens in April this year and allowed users to purchase a fraction of publicly-traded companies’ shares without paying commission fees. The exchange has offered five stock tokens such as  MicroStrategy, Tesla, Microsoft, Coinbase, and Apple.

The shutdown announced last Friday disallowing Binance trading of its stock tokens, and users of the exchange will no longer be able to purchase stock tokens, effective immediately. The company said the existing stockholders should sell their holdings before October 14. If they do not sell by such data, their stock token positions will be closed on October 15.

Binance’s announcement came a few hours before the Hong Kong Securities and Futures Commission issued a warning on Friday, saying that Binance is not licensed to carry out a regulated activity in the city, particularly offering stock tokens.

"In Hong Kong, Stock Tokens are likely to be 'securities' under the Securities and Futures Ordinance (SFO), and if so, they are subject to the regulatory remit of the SFC," the regulator stated.

"The SFC warns that where the Stock Tokens are 'securities,' marketing and or distributing such tokens – whether in Hong Kong or targeting Hong Kong investors – constitute a 'regulated activity' and require a license from the SFC unless an applicable exemption applies," the regulator further said.

The exchange revealed on Friday that CM-Equity AG is developing its stock tokens trading portal for residents of Switzerland and the EEA (European Economic Area) and that Binance users in such regions could use the portal once launched.

A Binance spokesperson did not comment on the move initiated by the SFC, which came a day after Italy’s financial regulator made a similar announcement.

However, the spokesperson said that Binance does not currently have crypto business operations in Hong Kong and stated that the exchange takes its legal obligations seriously.

It is not clear whether regulators worldwide have coordinated their efforts, which have built unprecedented pressure on the largest cryptocurrency exchange in the world.

Global regulators have issued warnings against Binance, drawing attention to the exchange’s business operations and its survival in the future, including Thailand, Singapore, Canada, The Cayman Islands, and Japan have also issued similar warnings about the crypto exchange.

In April, Germany’s Federal Financial Supervisory Authority (BaFin) said that Binance might be in breach of the nation’s securities laws regarding its stock token offerings. Last month, The U.K.'s Financial Conduct Authority ordered Binance not to carry out any regulated activity in the nation.

In short, regulators in multiple nations have announced that they are holding investigations against Binance or the crypto exchange is not authorised to operate within their borders.

Besides that, more nations have warned users about Binance. Many payment processors or banks, majorly in the UK and Europe, have subsequently cut off the crypto exchange.

Like any other centralised crypto platform, what is happening to the Binance crypto exchange may signal how regulatory authorities will approach cryptocurrency operations. The enforcement actions against Binance hint at what other crypto platforms are likely to expect.