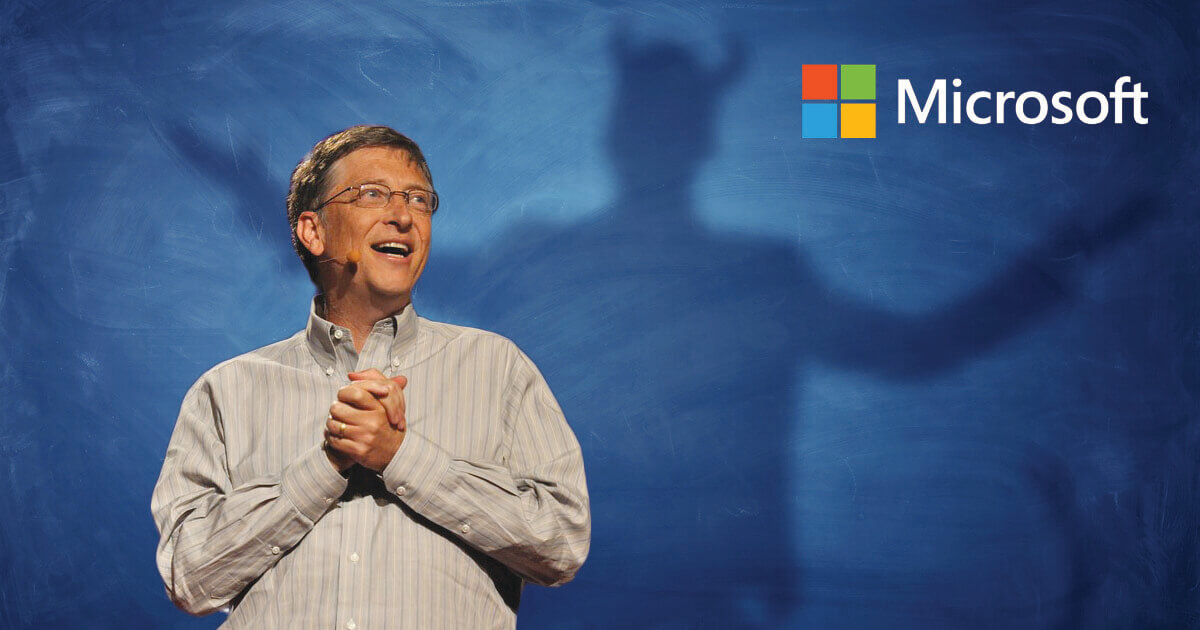 Microsoft’s recent patent for a human powered crypto mining system based on sensors that convert physical or mental activity into computer power has generated a lot of interest and captured the imagination of the public, but perhaps some are looking at it a little too closely.

Nikita Mikhalkov, the Oscar-winning Russian director, recently unleashed his own conspiracy after taking a closer look at the patent number for Microsoft’s crypto mining system - WO/2020/060606. Appearing on an episode of ‘Besogan TV’, Mikhalkov was adamant that the patent is the first step in a satanic plan to microchip the entire global population and it was clear to him by the appearance of the devil’s number “666” in the patent application.

On the program, Mikhalkov was quoted, “The 060606 part is somewhat alarming. You probably understand this, right? Is this a coincidence or an intentional selection of such a symbol, which in the Apocalypse of John is called the ‘number of the beast’ – the 666.”

Bill Gates and his foundation have been popping up regularly in the media since the coronavirus pandemic began, determined to help the world by developing and distributing a vaccine to the global population.

In a blog post on April 30, Bill Gates wrote, “We need to manufacture at least 7 billion doses of the vaccine.” He said the vaccines should be distributed “as soon as the first batch is ready to go."

While Gates has been commended by most for his proactive efforts, Mikahlkov has claimed that the coming COVID-19 vaccination distributed by the Bill Gates Foundation will be a trojan horse for a microchip in an insidious scheme to enslave the world.

The Academy award winning director has even named Herman Graf, the Head of Russian bank Sberbank, as a co-conspirator.

While Mikhalkov’s conspiracy seems outlandish, it is convincing enough for former Tennis champion and now Russian politician Marat Safin who has shown support for the director's theory.

It is unclear what part Mikhalkov believes the sensor-based cryptocurrency mining system developed by Microsoft will play in the satanic conspiracy beyond its curious filing number, as the project makes no mention of microchips. The patent was also published in the United States under the far less sinister number - US20200097951.

As the conspiracy goes viral, many have also highlighted a video of Bill Gates giving a Ted talk entitled, "The next outbreak? We're not ready." In the presentation from nearly five years ago, Bill Gates predicts the upcoming pandemic and warned that it would push our civilization to the brink.

A prophecy revealed by Lucifer himself perhaps, or just one of the greatest minds focused on predicting solutions to world problems that haven't occured yet? He kind of has a history of doing that.

The episode of Besogan TV featuring the Russian director was initially removed from the local Russian TV channel’s schedule. The episode was later posted online following protests of censorship by Mikhalkov, and the video went on to achieve close to a million views in one day.

Click here for Bill Gates' response to the COVID-19 Conspiracy.