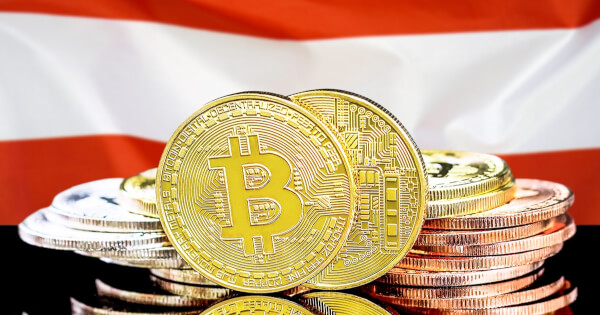 Austria’s leading telecom provider A1 Telekom, through its subsidiary A1 Payments, has confirmed it will start accepting cryptocurrencies as a means of payment. The accepted cryptocurrencies which include Bitcoin (BTC), Ethereum (ETH), and Dash and would enable about 2,500 merchants to accept the cryptocurrencies. The transactions will be available via the payment network’s mobile app. The state-backed firm confirmed it has been working on diversifying its payment mode since 2019.

“With the new A1 payment terminals, companies have new payment alternatives at their disposal that are oriented towards digital and international needs. Payments with digital currencies such as Bitcoin, Ethereum, or Dash are converted into euros in real-time at the cash desk. Regardless of the digital payment method used, the retailer receives the purchase price in euros. This eliminates any exchange rate or currency risk. Specialist knowledge about crypto-currencies is not necessary.” reads the official announcement.

Is this a Win for Austria’s Crypto Enthusiasts?

The world is fast changing particularly in the aspect of payments. A major switch to digital currencies has grown in the past decade since the emergence of Bitcoin (BTC) and subsequent altcoins. There has been an increasing rise in the rate at which merchants around the world accept cryptocurrencies. Bitcoin is now accepted by Coca-cola vendors in Australia and the integration of Bitcoin Cash by vending machines in Hong Kong. A major concern now lies in the potential for the digital currency payment method by A1 Telekom to be embraced by Austrians.

According to an online survey conducted by ING, one of Austria’s leading banks revealed that Austrians have a skeptical disposition towards Bitcoin and digital currencies. The data from the ING poll showed in particular that the disposition to digital currencies declined from 17 to 20% in previous years to 13% in 2019. With just about 5% among the respondents with the possibility of accepting their salaries paid in Bitcoin or other cryptocurrencies, it is obvious that the move by A1 Telekom to incorporate digital currencies as a means of payment will need a lot to gain mainstream adoption.