Henri Arslanian, the PwC Global Crypto Leader, Chairman of the FinTech Association of Hong Kong, is the highest-profile FinTech consultant in Hong Kong, according to Chambers Global. 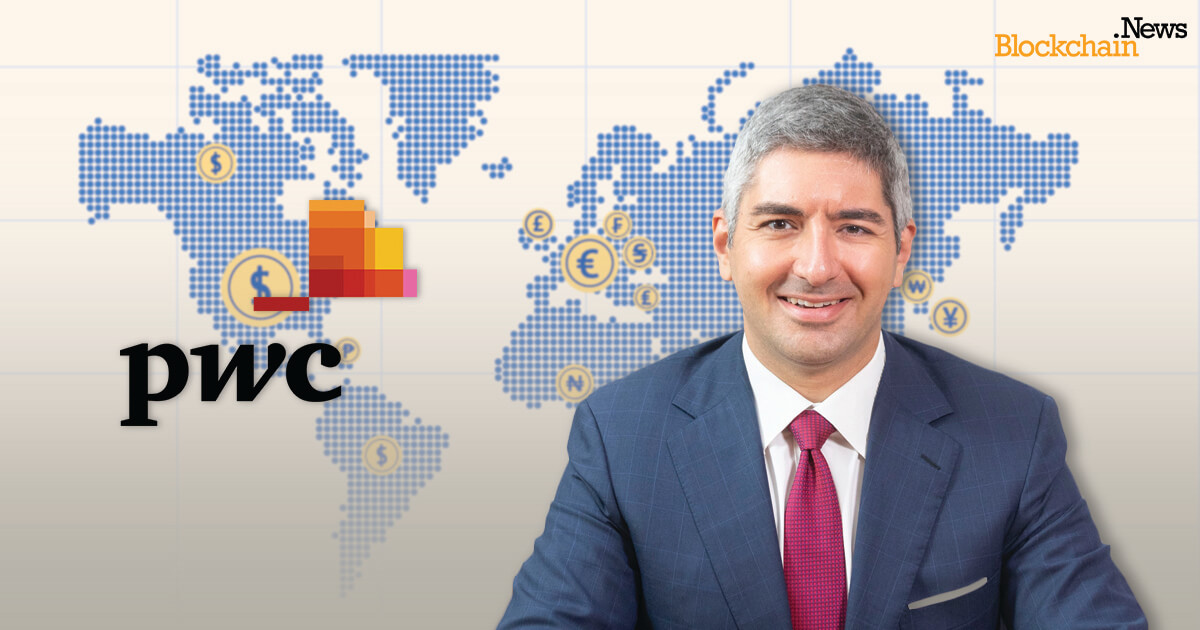 Blockchain.News interviewed Arslanian at the Asian Financial Forum held in Hong Kong earlier this month, where he was invited to speak on the development of FinTech. The Asian Financial Forum brought over 3,500 speakers and influential financial experts, policymakers, and business leaders. In Part 2 of the interview, Arslanian shared his thoughts on the race of CBDCs brought by the announcement of Facebook’s Libra and his predictions for the blockchain and cryptocurrency industry in 2020.

Libra: The solution for cross-border remittances?

The announcement of Facebook’s Libra has brought a lot of attention toward stablecoins, and it also put central bank digital currencies (CBDCs) on top of the agenda at many central banks, policymakers, and financial institutions across the world.

“I think the Libra announcement was a very bold one; it really catalyzed the whole discussion. People may not like Libra, but one thing is for sure - it really brought Libra on top of the agenda. Libra is really trying to solve many problems that the crypto ecosystem cares about, like reducing cross-border remittance costs or enabling mass adoption,” he said. “The fact that Libra is trying to tackle these issues is very positive.”

Currently, 5% to 7% is the average amount paid for remittances around the world, with an average percentage in the double digits in the emerging markets. “I would argue that following the launch of Bitcoin 12 years ago, the Libra announcement is the biggest development that has taken place in the crypto ecosystem and will be remembered as a pivotal moment in the history of money and financial services,” he added.

The world making progress with CBDCs

Arslanian expressed his excitement in the area of CBDCs, as he has been delighted to see policymakers such as the Bank of International Settlements (BIS), and the European Central Bank (ECB) issue consultation and research reports on the topic.

One country in specific, China, has been announcing their progress on implementing their version of CBDC, the digital currency electronic payment (DCEP).

“I think it’s very interesting how CBDCs could allow policymakers to achieve their goals better. Today, policymakers can only measure the impact of their initiatives by estimates, surveys, or methodologies that have a lag. If we move to a CBDC economy, we are able to know the impact of a certain policy instantaneously and tailor policymaking more effectively and efficiently,” Arslanian said.

According to Arslanian, CBDCs also have the potential to fight corruption and money laundering. Currently, cash is a good tool for conducting illicit activities such as money laundering. “The best tool to commit illicit activities is cash, good old cash as it provides true anonymity and privacy of transactions. That is something that the ECB and many government bodies have acknowledged,” he added. “I think one of the potential ideological goals of moving to CBDCs is that we may have a fighting chance to try to put an end to not only corruption but also potentially money laundering, and that can be really positive for society as a whole.”

Arslanian disagrees with the concern around money laundering in relation to digital currencies, “as I mentioned this many times in the past, some of the largest and leading crypto exchanges today probably have better know-your-client (KYC), and anti-money-laundering (AML) processes and tools than a lot of traditional banks, because they are able to leverage the latest RegTech (regulatory technology) and LawTech (legal technology) solutions in the market.”

As for Libra, Arslanian explained that any wallet that is coming on the Libra blockchain would need to have KYC and AML processes, as well as counter-terrorism financing monitoring, which makes it way better than cash. “It’s a very short-sighted and uneducated argument to push back on Libra because of money laundering or KYC concerns. We have the tools today to easily monitor and address those. I think that such risks are just excuses for some of the bigger risks that certain stakeholders are worried about, like the impact on the dominance of the US dollar or traditional banks,” he added. “I think we should be honest and openly discuss those real concerns and have an intelligent and educated debate about it on what is in the best interest of society and what role can these traditional intermediaries play in the future of money and finance.”

Although it has been reported that Libra will be backed by the US Dollar, Euro, Japanese Yen, Singapore Dollar, and others; Arslanian suggested that “for the first time in a long time, Libra provides a serious challenge to the status quo.” For this reason, he was not surprised by the reaction of many politicians and policymakers from the US and elsewhere.

According to Arslanian, Libra provides a potential solution to addressing serious societal challenges like reducing the high cross-border remittance fees or reducing the number of people globally who are unbanked or underbanked. It may not be the perfect solution in the end, but Libra deserves at least that we spend the time and intellectual energy to consider it.

Feeling bullish about the crypto industry in 2020, Arslanian stated, “One of my personal goals for 2020 is that we need the industry to continue to evolve towards its 2.0 and become more institutionalized. One of the big things we need to do as an ecosystem is to ensure that we keep the bad actors away.” Some of his concerns are related to regulatory compliance, like the setback that the ecosystem can face if we discover that players are dealing with individuals on sanction lists. He is also worried that, despite the vast majority of people in the ecosystem working hard in trying to build the future of finance, some bad actors will still try to commit frauds and scams.

Arslanian emphasized on the importance of education in ensuring the ecosystem keeps the bad actors away. He concluded, “Over the last two to three years, we’ve seen important policymakers, from central banks to regulators, become more educated on the topic, and they’ve now started to embrace crypto assets. We are instinctively afraid of something we don’t know or don’t understand. So education is essential, and everyone in the crypto ecosystem has an important role to play in this regard.”