The United States Commodity Futures Trading Commission (CFTC) established LabCFTC as an initiative under the General Counsel’s office in 2017 aimed at promoting FinTech innovation and competition.

The office has been very active with over 400 different private meetings held with innovators in the last three years. In addition, LabCFTC has published three primers in the marketplace based on their understanding of smart contracts, artificial intelligence, and crypto-assets. 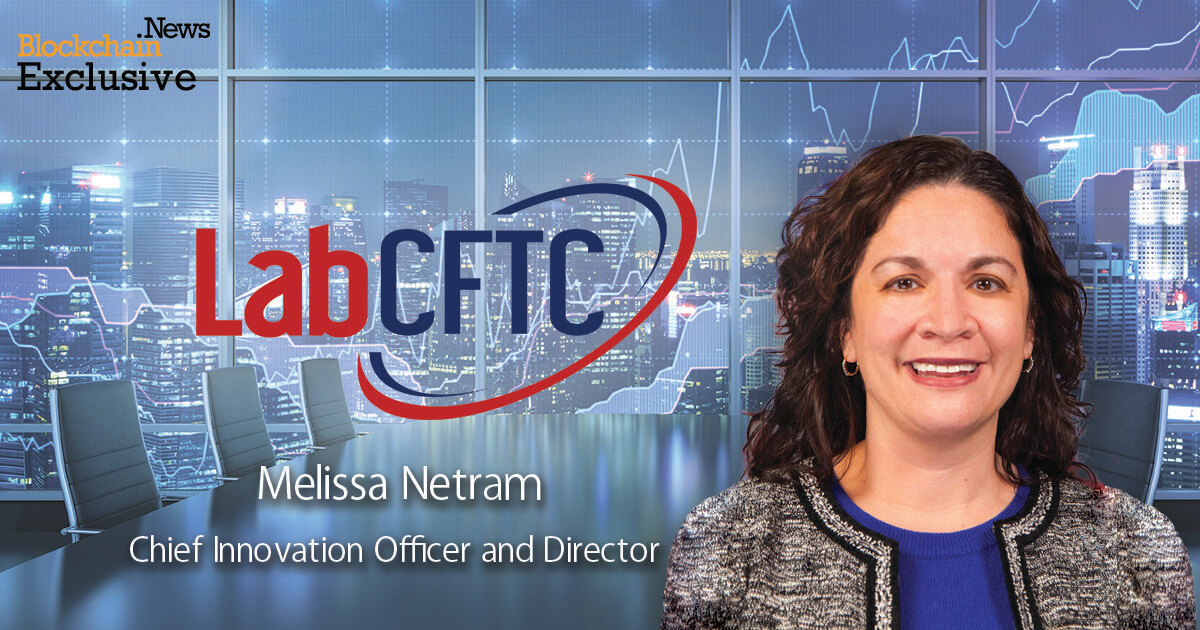 “I would say that one of the biggest milestones that we’ve had since I’ve joined is that our Chairman elevated us to an office, which was meant to underscore the commitment of the agency to innovation, and also highlight the role that LabCFTC can play across the Commission,” said Netram.

Since coming onboard, Netram said LabCFTC highlighted and identified its clear mission and priorities. She explained, “We’ve identified our mission is to promote responsible innovation across the Commission and across the market, and we do that through our four pillars.”

Pillar One: Advancing policy and regulations and financial innovation

As commonly seen in the blockchain and crypto sector, regulation usually takes a backseat as innovation leads its way.

According to Netram, the two perspectives realized in identifying the issues surrounding financial innovation is first - whether the innovation has to change and adjust in order to fit, and the second is whether the regulation was “written at a time that didn’t even fathom this new technology and innovation.”

Due to the emergence of the coronavirus pandemic, a lot of LabCFTC’s priorities have been delayed, and the top priority across the Commission is to address the market and to help market participants during this time.

“Some of our regulatory priorities for 2020 had to shift and rightfully so. This is a time where we have to be focusing on this crisis and focusing on the need to help the market participants and others during it; so we don't have any regulation from LabCFTC or others on the agenda right now,” said Netram.

In 2021, Netram hopes to be able to address some of the regulatory areas that need to adjust, including digital assets.

Since Netram has been on board, LabCFTC has established a formal process, and dedicated office hours with innovators in the industry. “We’re facilitating dialogue between innovators and the CFTC. We’re meant to be the front door for innovators to come in and talk to the Commission, with questions they may have on their latest technologies and innovations.”

Every Tuesday, LabCFTC has dedicated hours to meet innovators in Washington D.C, and with the onset of the pandemic, these “office hours” have been conducted virtually.

“We also recently released a new intake, a new innovator request form, where innovators can go online and fill out any questions they may have and the reason for meeting with the Commission,” Netram added, “One of the reasons why this is so important, is because we need to make sure that as an innovator, they’re getting as much out of the meeting as we are.”

With extensive experience in the tech industry, Netram understood what it was like being on the other side of the table, speaking to the regulator, and not feeling as if her team was getting what they needed. She explained, “One of the goals is that we want to make sure that when innovators are coming in to meet us, we have the right people in the room.”

Although the Commission may not be able to provide legal advice, Netram said that LabCFTC can help in terms of answering initial questions regarding processes.

Over the past two to three years, LabCFTC has met with over 400 entities, and in the past few months, Netram has met with a wide range of innovators ranging from startups, innovators, people who are not very familiar with the Commodity Exchange Act, to well-established players looking to do something new in the market. “It’s been a spectrum, and the goal is when you know we both get something out of it - meaning they educate us and we educate them,” said Netram.

Last month, the Commission launched its first science prize competition, Project Streetlamp. In the United States, there is a Science Prize Competition Act, which allows government agencies to host competitions, similar to TechSprint by the Financial Conduct Authority.

“The way we identify those on the RED List has really been through investor tips we receive.  It takes a long time for individuals within the Commission to conduct all the research that needs to be done to identify the different aspects that we use to verify as an entity we want to put on the RED List.”

With a new AI tool, the Commission would be able to automate this process, while all of these factors would be built in, cutting down time and increasing efficiency.

Although the Commission cannot currently guarantee the purchase of the AI tool, an innovation award would be presented to the winner, he or she could have the opportunity to meet with the senior leadership of the Commission, and possible speaking opportunities at LabCFTC events to raise the innovator’s profile. There will be an internal judging panel that would make the decision in September this year.

Continuing to advocate for the crypto industry

Announced in April, Commissioner Brian Quintenz, an advocate for the crypto industry will be leaving his post in late October. Quintenz has not sought re-nomination after his five-year term ended and will stay on until his successor is appointed.

Quintenz has seen the events of the launch of the first Bitcoin futures contracts, the evolution of LabCFTC, and has managed the Technology Advisory Committee.

Netram believes that Quintenz has been a great thought leader when it comes to the crypto industry, as well as technology and innovation. She sees him as a core participant and core part of the Commission.

Education, both internally and externally, has been another core pillar for the agency, as Netram explained that it is important for the Commission to ensure that the CFTC is on the same page when it comes to new innovations and new technologies. Within the Commission, LabCFTC has increased its “lunch and learns,” a presentation for Netram’s CFTC colleagues to understand the basics of new technologies including blockchain, as well as for cryptocurrencies.

“In light of the coronavirus, and all of us working remotely, we’ve had more opportunities to educate staff across the Commission on a number of these areas, not because they don’t have plenty of things on their plate, but they don’t have as many external face-to-face meetings as they did prior to the pandemic,” she explained.

The other piece on the education side is the external education. ”We have issued a number of primers, including virtual currency, smart contracts, and AI. There will be more to come. We’re looking at digital assets, and probably upgrading some of those primers. Technology and innovation move very quickly,” Netram added.

Netram also pointed out that innovation and technology has become global. She added that the Commission is coordinating with fellow regulators in the U.S., and also regulators from around the world. LabCFTC joined the Global Financial Innovation Network (GFIN) in October, a group of 50 to 60 regulators around the world to discuss financial innovation and what they are doing to help startups and innovators.

The need for technology and innovation has been highlighted even further in light of the corona-crisis. Netram concluded that the public and the private sector can work together to address some of the issues we are currently encountering to make sure markets continue to move.

What can we learn from the coronavirus pandemic?

The CFTC also hosts annual Fintech Forward Conferences, and Netram emphasized that the Commission is committed to continuing on amid the pandemic, but would be considered to be hosted virtually.

“I think the crisis showed us even more of how important financial innovation and technology is. If this happened 20 years ago we would not be able to continue our normal functions of the day, to work remotely,” she said. “To think about how far technology innovation has come today, but to also think about where it’s going. I can only think about how much more we can do in that space. I think one of the things we’ve learned from the pandemic is that we have to think about things differently, we have to be prepared for something like this to happen.”

Visit https://www.cftc.gov/LabCFTC/index.htm to learn more about LabCFTC and the work they’re doing on financial innovation.