A synthetic Central bank digital currency (CBDC) could create new pathways for innovation according to a senior member of the International Monetary Fund (IMF). 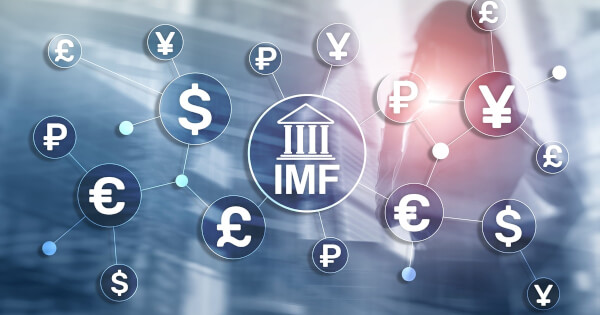 The IMF’s deputy division chief in the Monetary and Capital Markets Department, Tommaso Mancini-Griffoli said that with the aid of private firms, synthetic CBDCs could potentially provide people with more reliable means of payment while maintaining the competitive advantages of the private sector.

Mancini-Griffoli appeared on a Circle CEO Jeremy Allaire’s YouTube series called The Money Movement on Tuesday 26 May, where he spoke of the benefits a synthetic CBDC would have over a traditional CBDC.

Traditional CBDCs would have the entire digital currency controlled and issued by a sovereign central bank, whereas a synthetic CBDC would be more like a public partnership. As described by the Mancini-Griffoli, the idea behind a synthetic CBDC is that a licensed eMoney service provider would store a citizen’s money in the central bank and would benefit from the central bank’s liability which they can leverage as they choose to provide a stablecoin that is both publicly tradeable but remains completely backed by the central bank reserves.

In Mancini-Griffoli’s opinion the idea of creating the traditional CBDC has pretty much been abandoned and if developed could become “very costly and very risky for the central bank” which would subsequently, deter innovation. He highlighted that synthetic CBDCs will enable central banks to promote monetary innovation in a safe and regulated environment.

The IMF deputy division chief said on the segment, “This public-private partnership (of a synthetic CBDC) is intended to conserve the competitive advantages of the private sector: to interface with clients and innovate, and the comparative advantage of the central bank: to regulate and provide trust.”

Other central banks such as the Bank of England (BoE) have also been deliberating on the possible role for private firms in CBDC development.

Even, China who has dramatically escalated their efforts to produce a digital Yuan (DCEP) since the announcement of the Facebook Libra initiative last year, is aiming to leverage the expertise and capabilities of private firms such as Alibaba and Tencent. But it should be noted that privately-owned companies are not quite a real thing as far as Chinese companies are concerned.

In a webinar hosted on May 26, BoE did suggest that private companies could possibly play a larger role in the issuance and distribution of the UK’s CBDC.

The experts representing BoE do believe private entities could have an advantage of the central banks in offering their own monetary solutions to citizens.

However, as far as the IMF views the road forward to a synthetic CBDC, it would involve delegating most of the fundamental aspects of CBDC issuance and development to the private sector; a contrasting view that the BoE is not comfortable with at this stage.

At the IMF-Swiss National Bank Conference, Tobias Adrian, Director of the Monetary and Capital Markets Department, IMF also highlighted that synthetic CBDCs have the advantage of allowing the central banks to focus on regulatory oversight and settlement.

Adrian explained, “Synthetic CDBC outsources several steps to the private sector: technology choices, customer management, customer screening and monitoring including for “Know Your Customer” and AML/CFT (Anti-Money Laundering and Combating the Financing of Terrorism) purposes, regulatory compliance, and data management — all sources of substantial costs and risks. The central bank merely remains responsible for settlement between trust accounts, and for regulation and close supervision including eMoney issuance. If done appropriately, it would never need to lend to eMoney providers, as their liabilities would be fully covered by reserves.”