A survey published today by Genesis Mining reveals that while the majority of Bitcoin investors are sold on the crypto’s ability and potential to replace gold as a safe-haven, few respondents are as confident of hitting $50,000 per BTC by 2030. 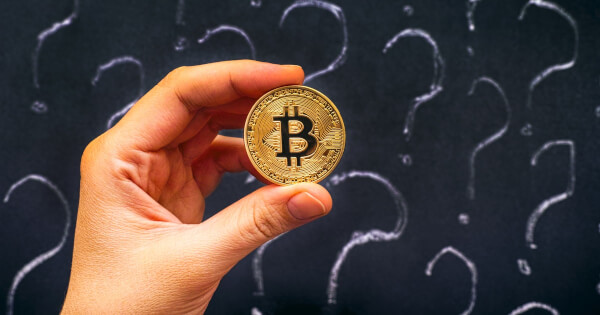 As Bitcoin exploded towards the end of 2020 and recorded gains of 160% for the year, news sites and Twitter feeds have reported an overwhelming bullish sentiment for the flagship cryptocurrency with projections ranging from $50,000 - $500,000 per BTC in the next few years. But a shock survey from Genesis Mining reveals that not everyone is so sure.

Institutional mining platform, Genesis Mining, conducted a survey to quantify the current Bitcoin investment sentiment. 1,000 US-based investors were surveyed revealing that although the majority were sure the BTC price would continue to appreciate—only 17% are betting on $50,000 BTC and only around 3.5% of respondents believe that the Bitcoin price can reach $500,000 by 2030.

The survey, however, found strong support for Bitcoin’s case as a store of value with two-thirds tipping BTC as a better long-term hold than the US dollar. Over 50% also tipped that Bitcoin will replace traditional safe-haven assets like gold and real estate within the next ten years.

“Should legacy economic systems collapse or experience shocks, Bitcoin is seen as a hedge against loss of personal wealth.”

A Look At The Findings

Genesis survey reveals that the overall sentiment for Bitcoin remains bullish in majority, but with only 17% predicting $50,000 by 2030 the findings indicates that that overall the respondents do not believe Bitcoin can grow another 160% in the next ten years—despite Bitcoin making an almost identical price percentage gain in just the last few months.

Just over half of BTC investors surveyed estimate that the Bitcoin price will be at $20,000 per coin or less by 2030—with one third predicting $10,000 or less and just over 10% expecting a crash to around $1000 in the same period.

A further 17% predicted that Bitcoin’s price would actually fall over the next decade, while one-sixth of respondents did not feel confident in speculating on BTC’s long-term price performance.

The results reveal that over 30% of respondents are expecting the Bitcoin price to move sideways or decrease over the next ten years due to regulatory pressure and around 20% are expecting overreaching government bans.

Nearly one-fifth of the respondents also expect Bitcoin’s dominance may be usurped by another cryptocurrency or even a central bank digital currency (CBDC) and nearly 10% of participants do not believe there will ever be any real-world utility for BTC.

From the findings, one-tenth of the most bullish respondents tipped Bitcoin would be worth six-figures by 2030, and half of these expect BTC prices to exceed $500,000. A more than a quarter of these bullish respondents are tipping that Bitcoin adoption will be driven by the waning trust in fiat currency and central bank monetary policy as well as a period of economic downturn.

While the sample size is not indicative of the entire global Bitcoin investor base, the revelations in the findings may serve as shock to most taking part in the current bull market. While the sentiment may seem overly bearish, Genesis highlighted in the publication:

“It is important to note that these are Bitcoin investors. By the very fact that they are invested in Bitcoin, they are bullish, at least to some extent. Yet, as the price of Bitcoin continues to trend upwards, bullishness has become increasingly synonymous with reality.”