Winklevoss Explains Why Bitcoin Is a Key Investment for Companies, Will Apple Add BTC Eventually?

Yesterday marked an important day in crypto history, as Bitcoin reached new highs and tested the $47,000 level on leading exchanges. On Binance, the cryptocurrency surged to as much as $47,925.11 before slightly pulling back. Currently, Bitcoin is trading steadily above the $40,000 level at around $46,465.79 and eyeing the $50K mark. 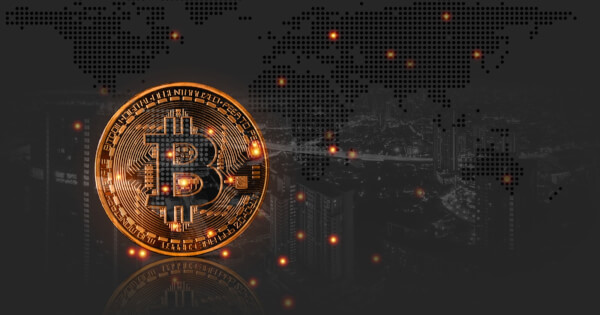 A major factor that has been contributing to Bitcoin’s price rallies has been the wave of institutional inflow that has served to fuel its price momentum. In 2020, Bitcoin’s value tripled, and some have predicted that by the end of this year, the mainstream digital asset could even potentially reach $100,000, as its price has doubled every eight months.

Since its inception, Bitcoin’s narrative has shifted drastically - many institutional investors have come to view Bitcoin as an ideal digital store of value.

The latest corporate giant to publicly announce that it has added Bitcoin to its balance sheet is Elon Musk’s Tesla, who recently purchased $1.5 billion worth of BTC. The electric vehicle manufacturer proudly announced the addition of Bitcoin for “more flexibility to further diversify and maximize returns.”

Tesla’s addition of Bitcoin has boosted positive sentiment in the market, sending cryptocurrencies on another bull run. With Tesla following in the footsteps of MicroStrategy and Square, investor interest has once again been renewed for Bitcoin.

With many in the crypto industry being ecstatic about Tesla’s $1.5 billion Bitcoin endorsement, Cameron Winklevoss said:

“A balance sheet tells you a lot about a company’s health. Also tells you about its vision. Invest in companies that hold #Bitcoin on balance sheet. These companies are thinking many moves ahead and playing the infinite game. They are focused on the future, not stuck in the past.”

His thoughts are shared by his twin brother. Tyler Winklevoss alluded to Bitcoin as a crucial investment by tweeting:

“The question that every public company CEO will now have to answer on their earnings call: ‘Why don’t you own #Bitcoin?’”

Previously, the Gemini co-founder published a report comparing Bitcoin to other digital assets. He found that Bitcoin compared to gold and oil was a better hedge against inflation and boldly predicted that the cryptocurrency will reach a valuation of $500,000 in the future.

Apple to add Bitcoin to its reserve?

With the wave of institutional support currently supporting Bitcoin and pushing its price higher, Royal Bank of Canada analyst Paul Steve has suggested that if Apple were to be the next institutional-grade player to purchase Bitcoin, this will revolutionize the industry.

He said that with just a few clicks, the firm could easily generate more than $40 billion in revenue from the crypto sector. The support of Bitcoin from a corporate tech giant like Apple will also undoubtedly bring the cryptocurrency closer to Winklevoss’ price prediction.

Currently, Apple is one of the world’s most valuable companies. Its market cap is estimated to be approximately double that of the entire cryptocurrency industry, valued at approximately $2.2 trillion.

The mass adoption of Bitcoin by tech companies will undoubtedly rock the entire crypto industry, but Ark Invest CEO Cathie Wood assures everyone that it is coming. She previously predicted that Silicon Valley will become a major Bitcoin investor in the future.