The general cryptocurrency market is back on its forte of trailing whatever retracement Bitcoin (BTC) ushers into the market. After recording a slight bullish correction yesterday, a move that suggested it is yet to amaze the market bulls, Bitcoin saw a significant push back from the $35,000 price mark and it is currently seeing a 2.46% drop at the time of writing according to CoinMarketCap. 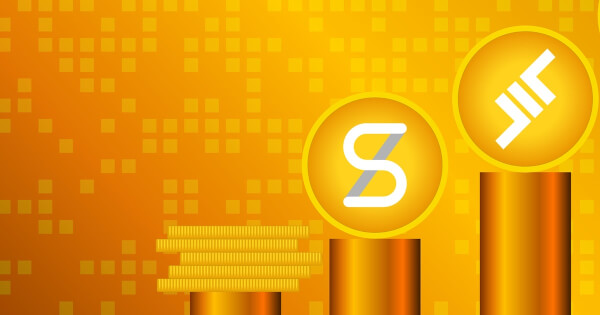 As a deviation from the general trend, Decentralized Finance (DeFi) tokens including the Synthetix Network Token (SNX), and Aave (AAVE) have maintained bullish stability irrespective of the current price momentum of Bitcoin.

The Anticipated Roadmap of The Synthetix Network

The Synthetix Network Token (SNX) is seeing a bullish price movement today and this growth can be attributed in part to the anticipated 2021 roadmap released by the project developers. One of the highlights of the roadmaps is to migrate to ‘Optimistic Ethereum,’ a layer 2 scaling solution that will position the network to help address the soaring network transaction fees as well as the scalability issues. The team noted in a blog post:

“The transition to Optimistic Ethereum, a layer two scaling solution, will alleviate many of the issues experienced in 2020. There are two primary advantages to this transition: lower gas costs and higher throughput. Lower gas costs are good for all users and make the system more efficient. Higher throughput will enable us in partnership with Chainlink to reduce oracle latency, allowing for leverage via Synthetic Futures as well as a number of other protocol improvements.”

With the network improvements set to be rolled out at different times of this year, the market bulls appear to be betting big on the coin in advance. SNX is up 8.4% to $15.88 and by 27% in the past week according to data from Coingecko.

The performance of Aave, as well as other DeFi tokens, have also maintained a strong bullish positioning following the published OpEd by Brian Brooks, the Comptroller of The Currency wherein he mulled the possibility of providing banking charters for Decentralized Finance projects.

The OCC boss said in the publication:

“Could the OCC even grant a national bank charter to open-source software that manages deposit-taking, lending, or payments, if it doesn’t have officers or directors? Not yet. Under current law, drawn up on the assumptions of the early 20th century, charters can only be issued to human beings. But those antiquated rules should be revisited, just as regulations that still mandate the use of fax machines should be.”

This possibility of getting more support from the OCC remains one major reason why the DeFi markets appear stable despite the ongoing Bitcoin and crypto market price correction. At the time of writing, Aave has amassed 4% in the past hour and 8.5% in the past 24 hours.