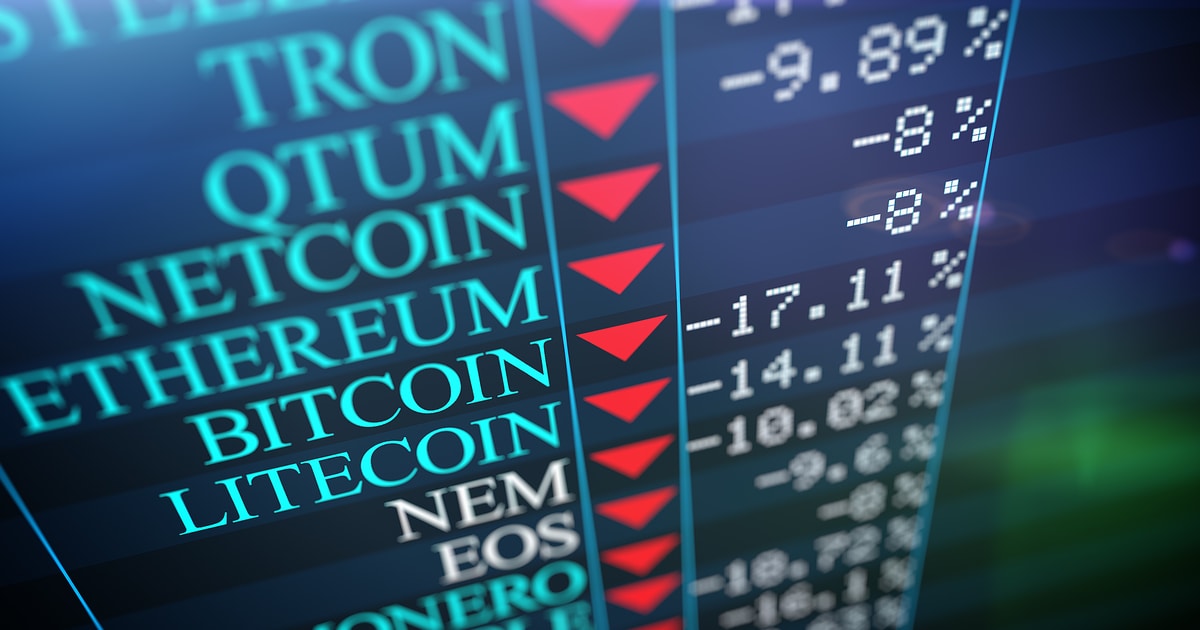 Bitcoin and Ethereum are the first to bear the brunt, and the entire cryptocurrency market value has evaporated by $250 billion.

According to Coinmarketcap, starting from Monday morning, the value of global cryptocurrencies plummeted to a low of about 1.8 trillion U.S. dollars, which occurred at approximately 8 o'clock UTC time, a decrease of nearly 11% from the previous 24 hours. The market value has evaporated by more than $250 billion.

At the time of writing, the current market value has rebounded, around $1.9 trillion.

The remaining cryptocurrencies, such as Solana's sol and Cardano's ADA, which have skyrocketed recently, also fell by about 10% at the peak of the sell-off.

The reason for this plunge is not just because the Chinese real estate giant Evergrande Group is carrying a massive debt of $305 billion and is unable to repay the debt due this month, but also faces the risk of bankruptcy which poses a threat to the broader market.

And there is also the panic selling caused by the increasingly stringent national regulatory review of cryptocurrencies.

Recently, according to a Bloomberg report, the derivatives regulator is notably investigating the leading cryptocurrency exchange Binance for possible insider trading and market manipulation.

Also, as reported by Blockchain.News on September 13, The South Korean Financial Services Commission (FSC) has begun to tighten the supervision of local and overseas cryptocurrency trading platforms. This regulation may terminate nearly two-thirds of unapproved South Korea's cryptocurrency exchanges for legal transactions.

Avalanche Received $230M Funding with its Token AVAX Hitting a Record High of $68.89