With the rapid development of the decentralized market, Monero (XMR), a privacy-focused cryptocurrency has received widespread attention. The price of XMR hit a new three-year high, just in time to celebrate its 7th anniversary. 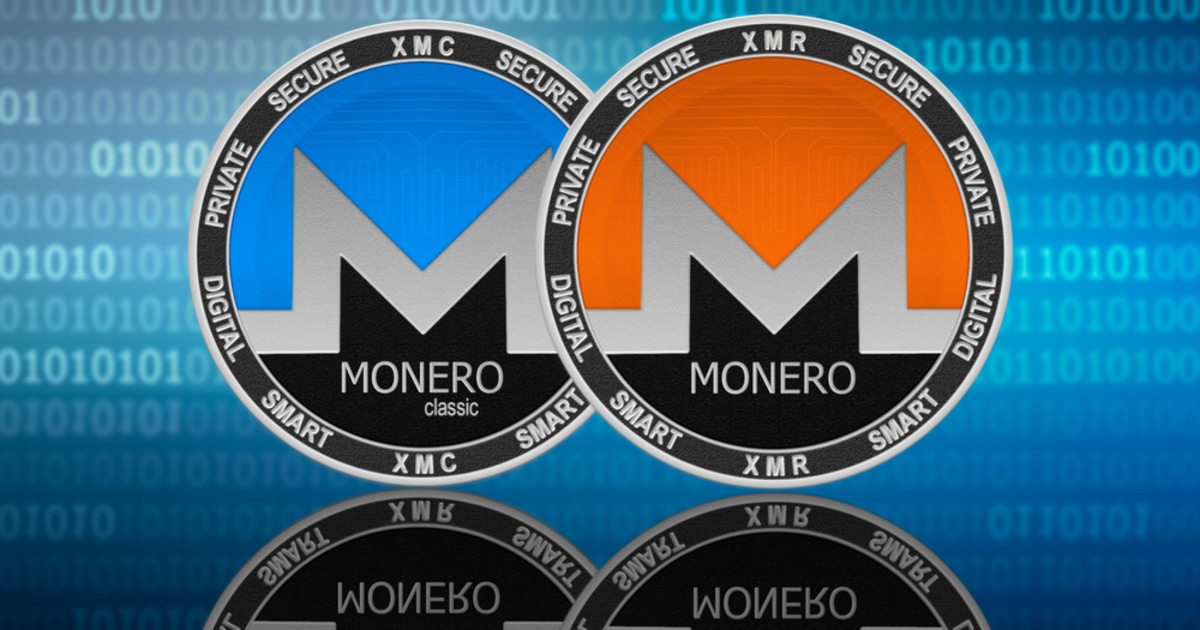 Monero is an open-source cryptocurrency based on RandomX formerly CryptoNote and was created in April 2014. It focuses on privacy, decentralization, and scalability.

Due to the continuous development of the blockchain ecosystem, interoperability has become a very critical issue. In order to solve this pain point, Monero launched atomic swaps, relying on complex scripts to support the establishment of bridges to connect the originally isolated blockchains. Atomic swaps allow users to exchange tokens directly with each other without establishing a mutual trust mechanism, releasing the interoperability between Monero and other blockchains.

On April 8, Monero announced the cooperation of the cross-chain decentralized liquidity network THORChain and released the Haven decentralized exchange to integrate Monero. Monero Gui and CLI version 0.17.2.0 "Oxygen Orion" has been released with new features, improvements, and bug fixes on April 9.

Atomic swaps and network upgrades have contributed to the surge in the price of XMR. At the same time, the number of miners for Monero reached 100,000 miners-a record level, causing assets to rise by nearly 16.69% in the past 24 hours. 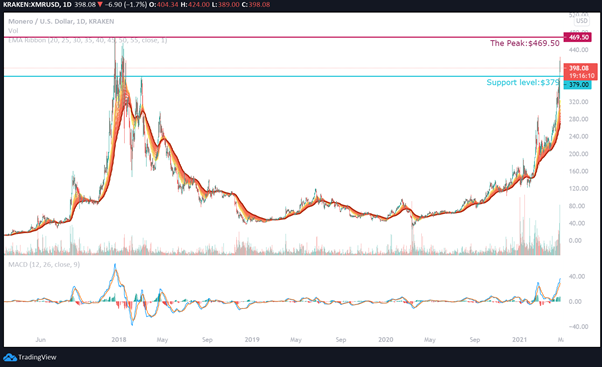 In recent days, despite Bitcoin's previous plunge to $51K, which caused a downturn in the whole crypto market, Monero (XMR) has experienced a completely different trend, maintaining a strong ascending trend.

Atomic swaps and network upgrades allowed Monero's price to rise to a 3-year high today, surpassing the previous high of $379 attained on March 15, 2018. Monero's new record-high was accompanied by an increase in transaction volume. $379 has successfully been flipped into a support level. 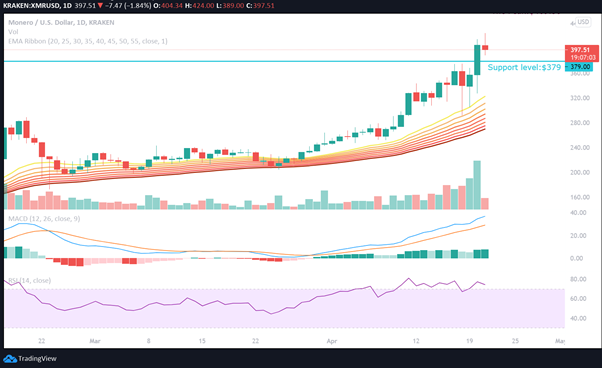 The transaction price of XMR/USD is much higher than the Exponential Moving Average ribbon. Both the upward sloping moving average and the bullish MACD index indicate that the bulls are currently dominating the market.

The bull and bear sides are actively competing for the dominant position of $400. At the time of writing, XMR is trading at $399.

If the bulls can push the decisive closing price above $379 by the end of the day, then bullish momentum may prompt XMR to hit the peak of $469.50.

RSI is stepping into the overbought zone and is turning downwards, which is the bearish side of the oscillator. This indicates that the altcoin may experience a price retracement and consolidate before resuming its upward momentum.

Conversely, If a large number of sell orders are triggered, then XMR/USD will test the $340 support level. If the bulls fail to defend $340, then the 20 day-Exponential Moving Average of $322 support level will be tested.