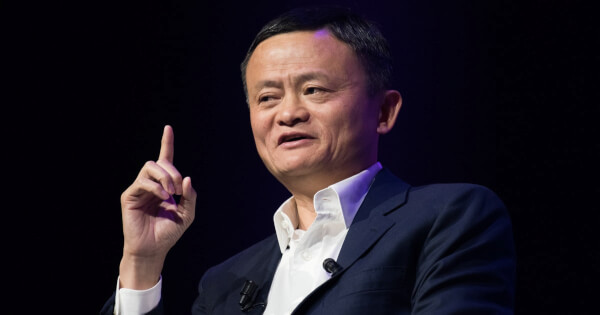 On Oct. 24, at the "Second Bund Financial Summit" organized by CF40, Jack Ma, in the title of co-chair of the United Nations Digital Cooperation, delivered a scathing critique of China's regulation in a 21-minute speech that would ultimately cost Ant Group 2.1 trillion yuan when the news reached President Xi.

During his speech, Ma was openly critical of the Basel Accords and China's financial system and regulation. He said:

"Basel Accords are more like a club for the elderly. What it wants to solve is the problem of the aging financial system that has been in operation for decades, and the problem of system complexity. But China’s problem is just the opposite. China has no financial systemic risk but is at risk of stifling innovation in the financial ecosystem."

What happened after Jack Ma's speech?

On Nov. 2, a week following Jack Ma's critical speech, the Ant Group founder and the firm’s top executives were summoned to meet with China's central bank and three financial regulators.

On Nov 3, China Banking and Insurance Regulatory Commission and the Chinese central bank announced "Interim Measures for the Administration of Online Micro-Lending (Draft for Comment)". There are more regulations in the measures, including the ruling "the proportion of the capital contribution of a small loan company operating online small loan business shall not be less than 30%", which constrains leverage ratio.

Later that day, on Nov 3, Jack Ma's Ant Group IPO was suspended by authorities. In what was projected to be the largest IPO ever in the world, Ant's IPO would have raised $34.5 billion with over $3 Trillion USD funds subscribed and the market cap would be 2.1 Trillion Yuan ($317 billion). The IPO would also have allowed Alibaba Founder Jack Ma to resume his previous title of China's richest, which he lost to Nongfu Spring founder Zhong Shanshan in September.

Another factor that drew criticism of China's financial watchdog's is Ant Group's Price-to-Earnings (P/E) ratio which is astronomically high at around 154. For comparison, China Construction Bank (CCB) one of the 'Big Four' China banks and the second-largest bank in the world has a P/E ratio under 6.

What Ant Group really does?

Ant Group is an affiliate company of Alibaba Group and owner of Alipay, the largest online payment platform in China. But Ant Group's largest single source of revenue comes from its lending service rather than its payment services. It is more like a finance company instead of a technology company.

The Advantage of Ant Group is that it has multidimensional user data. Leveraging a combination of technologies mainly blockchain, big data and AI, the fintech giant can calculate the credit score of every user, then lend them money based on the score. As Ant Group has more accurate user profiles, in general, it has lower bad debt.

As Ant Group is not a bank, it doesn't need to follow strict regulations imposed on banks, meaning that Ant Group can, in theory, lend unlimited money to users. Ant Group argues that its technologies can prevent credit risks typically prevented by capital reserve requirements.

Huang Qifan, the Mayor of China's directly-controlled municipality Chongqing, once said "Ant Group has lent more than 300 billion RMB. Yet they only have around 3 billion capital. It's ridiculous, that is one-hundred-to-one (100:1) leverage."

The Ant group has taken advantage of non-bank lending services. According to the Chinese Central bank, the average deposit reserve requirement ratio of financial institutions is 9.4%. But Ant Group's reserve is below 1%. This is very risky and seriously undermine financial stability.

Basel Accords are the practices and rules on banking regulations, especially on credit and reserve. The accords were formed to ensure that financial institutions have enough capital on account to absorb unexpected losses.

Under Basel Accord I, a bank that has international businesses is required to have a risk weight of 8%. Under Basel III, the minimum capital adequacy ratio that banks must maintain is 8%, in other words, banks need to have a minimum amount of common equity and a minimum liquidity ratio.

Actually, financial credit is the most common method to "create" money and put the money into the market. The money is created purely on credit. In fact, credit is not trustworthy in history. Even America has experienced a few national defaults. Although Ant Group has many accurate user profiles, it is the data of the past. One typical case is that many high-quality users bankrupted due to the bad economy caused by Covid-19.

The only guaranteed method to the problems caused by bad debt is enough reserve. Ant Group has highlighted technology innovation in finance. But innovation doesn't mean taking on high risk and bypass financial regulations.