Is Dogecoin (DOGE) the New GameStop?

The events happening with respect to the run in the price of the shares of American video game retailer, GameStop has moved many to see the power of owning cryptocurrencies. As Congress moves to hold hearings on the current market conditions, Dogecoin has made a flash bull charge over the last 24 hours with the DOGE crypto price rallying nearly 400%. 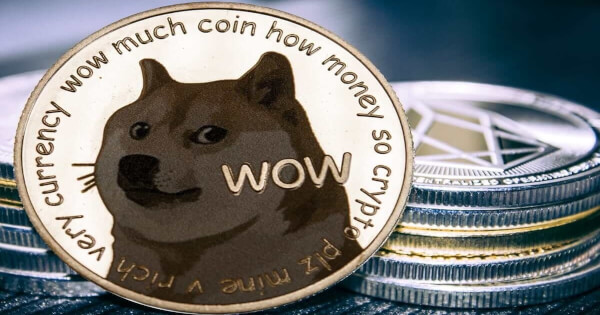 What started as a duel between institutional short-sellers and a group of ambitious Redditors organized in the chatroom r/wallstreetbets (r/WSB) has stirred the authorities to back the big money guys on Wall Street at the expense of the guys on ‘main street’ as a Twitter user puts it. This move has angered the Redditors much more.

As the share price of GameStop ballooned to unprecedented highs in 2020 up over 1800%, many brokerage firms and trading apps began halting the trade of the stock, citing the need to protect their customers from imminent losses. The short-sellers had already lost over $5 billion on GameStop since the unifying push by the r/WSB chatters to pump the stock price and the authorities could not have any more of the big money guys lose more cash.

Now the trading platform most trusted by the people, Robinhood has joined the others in halting the trade of GameStop, bringing a remarkable blow to the r/WSB retail army to push the stock price to $500 per share.

The Turn to Crypto and Dogecoin

Seeing the state is coming to the rescue of the short-sellers, the retail army on r/WSB and Twitter apparently decided to turn to cryptocurrencies, the emerging investible asset class that is free from censoring. In a double twist, Dogecoin seems to be the coin the angered investors decided to pump its price.

Following this unprecedented promotion of DOGE, the coin has soared in the past 24 hours, rallying as much as 374% to an intraday high of $0.056 according to CoinMarketCap. Doge is currently trading at 0.043 at the time of writing.

The push in the price of DOGE has zoomed it past a number of the top digital currencies and it is now ranked as the 10th largest cryptocurrency by market capitalization.

Attempts to pump the price of Dogecoin have been made before and perhaps, the zeal of the r/WSB and Twitter retail investors may push Dogecoin to hit $1 in the coming days.