Open interest in the Ethereum (ETH) network has been experiencing an uptick, as disclosed by market analyst Lark Davis.

“Open interest for Ethereum futures has just hit a new all-time high! The market is mega bullish right now and going long in a serious way.” 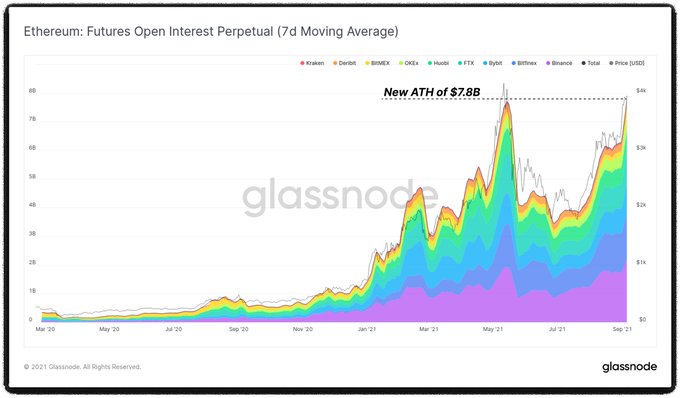 This improvement made Ethereum deflationary, given that scarcity was introduced every time Ether was burnt after being used in transactions. As a result, inflationary tendencies were eliminated because a base fee was set for every transaction.

According to L2BEAT, an analytic and research platform, Ethereum layer 2 (L2) is booming because $1 billion has been invested in scaling protocols. 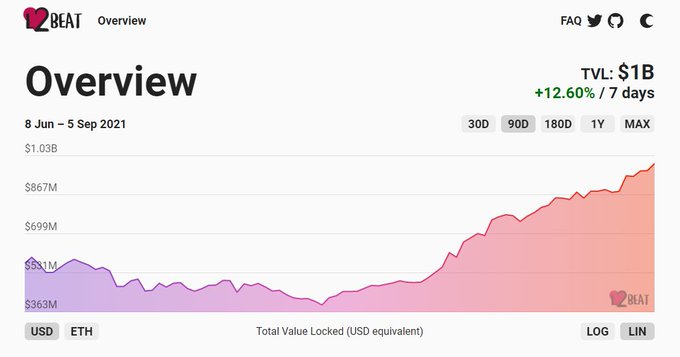 Ethereum L2 is a scaling solution created to mitigate congestion on the network. As a result, decentralized applications (dapps) can avoid network congestion by utilizing various technologies.

The Ethereum 2.0 deposit contract, which went live in December 2020, is expected to boost scalability by offering a transition to a proof of stake (POS) consensus mechanism from the current proof of work (POW) framework.

Meanwhile, decentralized finance (DeFi) has become a billion-dollar industry valued at more than $80 billion. This sector took the world by storm in 2020 after it witnessed a 14x growth.

DeFi is founded on blockchain-based smart contracts that fulfil certain financial functions based on the underlying code.

The United States took the lion share in DeFi adoption, followed by Vietnam, Thailand, China, and the United Kingdom, according to a recent report from blockchain analytic firm Chainalysis.