EIP-1559, an Ethereum Improvement Protocol set to launch in July, has been touted as a game-changer that will address the issue of rising gas fees on the network. 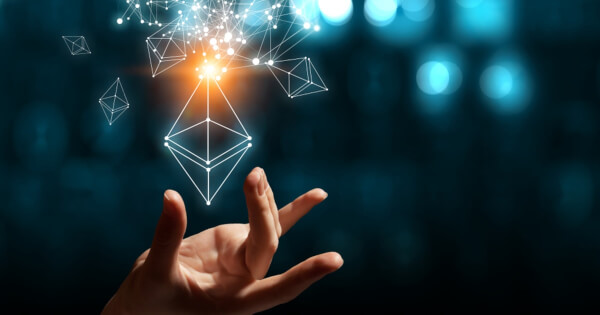 However, according to an “Ethereum Gas Report” by CoinMetrics data analytics, Ethereum’s EIP 1559 upgrade may not resolve the issue of rising transaction fees, although it is set to burn an amount of Ether per transaction and make the cryptocurrency a deflationary asset. CoinMetrics explained:

Gas prices correspond to the fee that you pay for a transaction on Ethereum. They are denominated in “gwei,” where one gwei corresponds to 0.000000001 ETH. On Ethereum, different transactions require different amounts of gas, but more complex ones will require a bigger amount.

Currently, transactions requiring more gwei to be processed get miner priority and faster transaction times than those that require a lower amount of gas to process. According to the report by CoinMetrics, the reason why Ethereum is experiencing high gas fees are due to the increased usage of the network, and the blocks being consistently full – thereby creating congestion on the blockchain network. Partly due to the DeFi boom, Ethereum blocks have been 97-98% full since March 2021.

However, with the new EIP 1559 upgrade, block capacity - which now enables on average 160 to 200 transactions per block – will be reduced to 50%. On EIP 1559, transaction fees will be made a bit more predictable, as there will be a base fee. However, the base fee may not necessarily be lower than it currently is, as demand to transact on Ethereum is high.

CoinMetrics explained that what will ultimately solve the issue of high gas fees on Ethereum will be scalability, which is expected of Ethereum 2.0 as layer 2 solutions will be implemented on the new mainnet. Per the report:

“But layer-2 (L2) scaling solutions, and ultimately Ethereum 2.0, will be needed to truly reduce transaction fees over the long-term. Through various means, scalability solutions will increase the amount of transactions that can be processed per block, which will help relieve the congestion contributing to high fees.”

Currently, ETH 2.0 is being issued and developed phase by phase. ETH 2.0 is a transition to a pure proof-of-stake network, and it currently runs parallel to Ethereum's main blockchain. Ethereum’s underlying win of 2020 has been the launch of ETH 2.0’s first phase, the Beacon Chain, which acquired more validators than expected to trigger its debut.

While Ethereum developers have been working on perfecting ETH 2.0, an upgrade to the current Ethereum 1.0 mainnet is expected to go live in mid-April. It is dubbed Berlin, and will feature 4 EIPs. On the hard fork upgrade, increased gas efficiencies, updates to the code read by the Ethereum Virtual Machine (EVM), and other enhanced protection against denial-of-service (DDoS) attacks are to be expected.

Ethereum to Overtake Bitcoin as the More Attractive Asset with ETH 2.0 and EIP 1559 Rollout - Messari