Due to its scarcity, Bitcoin is fast being recognized as a hedge against the depreciating value of the United States dollar and the threat of impending inflation on the back of government stimulus spending. But so too is the second-largest cryptocurrency—Ethereum. 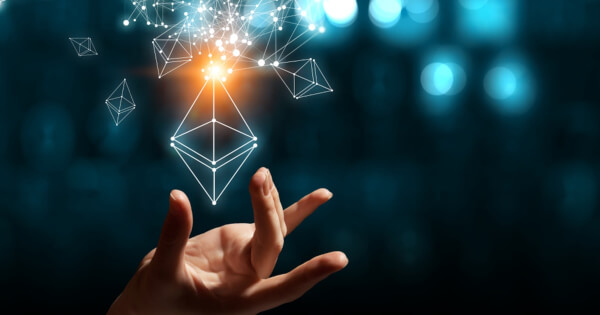 We all know that Bitcoin has a maximum supply capped at 21,000,000 BTC. In reality, the total amount of BTC may be significantly lower due to the loss of private keys and dormant addresses. But Ethereum (ETH) theoretically has an unlimited supply, so you may wonder how Ethereum is able to maintain its value. In fact, Ethereum does have inflation, but it is kept at a steady and slow rate. 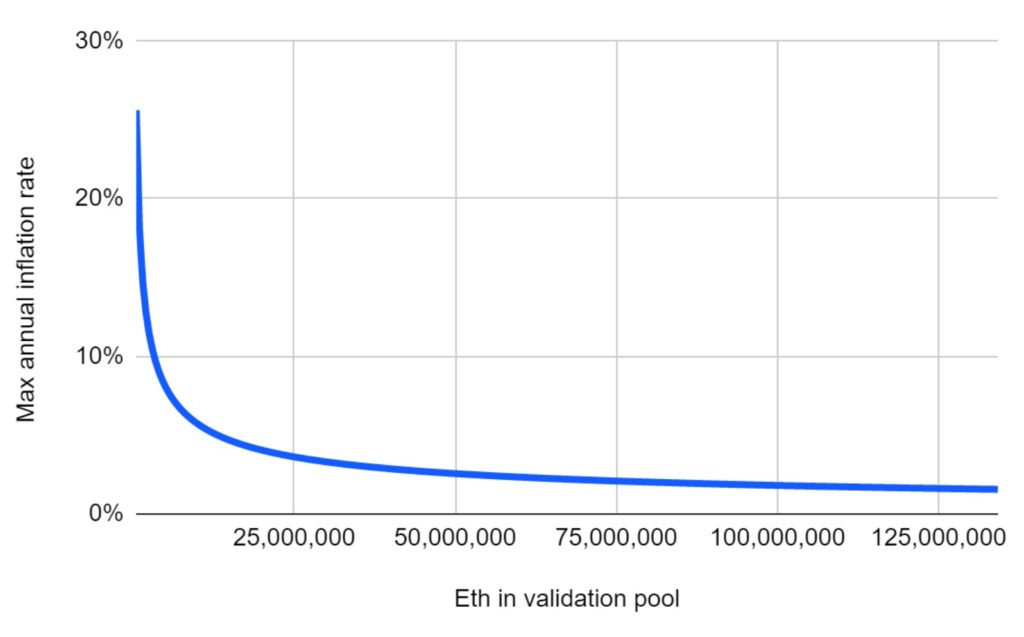 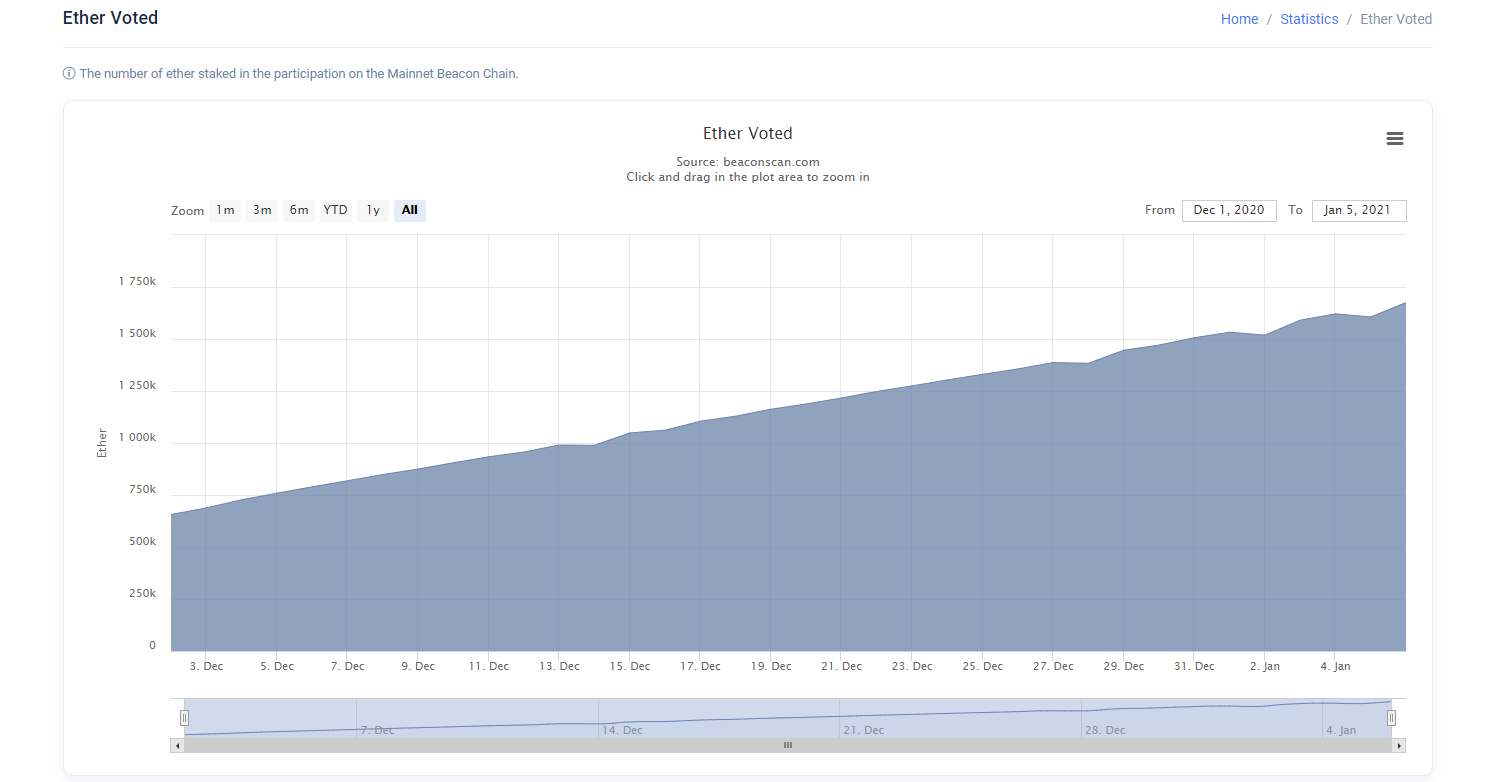 Ethereum 2.0 Phase 0, also known as the blockchain’s Beacon chain, was launched on Dec. 1. The launch of Ethereum 2.0 has introduced a new consensus mechanism to the network—proof-of-stake. Ethereum 2.0 is expected to be one of the most important technical upgrades in Ethereum’s development and is also expected to cut the inflation rate of ETH by half.

With the introduction of ETH 2.0, the inflation rate will decrease drastically with the number of ETH staked in the validation pool. Currently, there are 1,698,696 ETH staked, and we can expect more and more ETH will be used to participate in the staking. If it continues to grow at the same rate, ETH inflation rate will be kept under 5% eventually.

Recently a new proposal called EIP-1559 has sparked wide discussion within the Ethereum community. With the implementation of EIP-1559. This Ethereum Improvement Proposal is proposed by Vitalik Buterin in 2019, aiming to introduce a base fee amount to Ethereum transactions. Most importantly, this will add a deflationary mechanism to the economics of Ethereum.

Transaction fees on the Ethereum network are referred to as “gas”, which is calculated in Ethereum’s native token ETH. Currently, Ethereum is using an auction-style mechanism for gas fees. The new proposal establishes “the market rate” for block inclusion instead. The base fees will be burnt to the network, making ETH supply decrease and ETH more scarce.

Whether the Ethereum improvement proposal will be approved by the miners remains to be seen. There is speculation that the majority of miners may likely vote against the proposal as they will no longer get a share of the base fees introduced in the new system, but merely a small tip on top of the base fees.

Ethereum 1.0 is still looking forward to Phase 1.5, where the Ethereum main net finally gets to join the Beacon chain as a shard chain, marking a full transition into a proof-of-stake network. This is scheduled to happen in 2021.

Following the launch of the Beacon chain, Ethereum founder Vitalik Buterin further urged the community to work hard for the Ethereum improvement proposal, EIP-1559, which aims to reduce transaction fees by introducing flat fees with a burn mechanism. EIP-1559 was the first serious proposal to suggest burning fees since Ethereum’s genesis block in 2015.